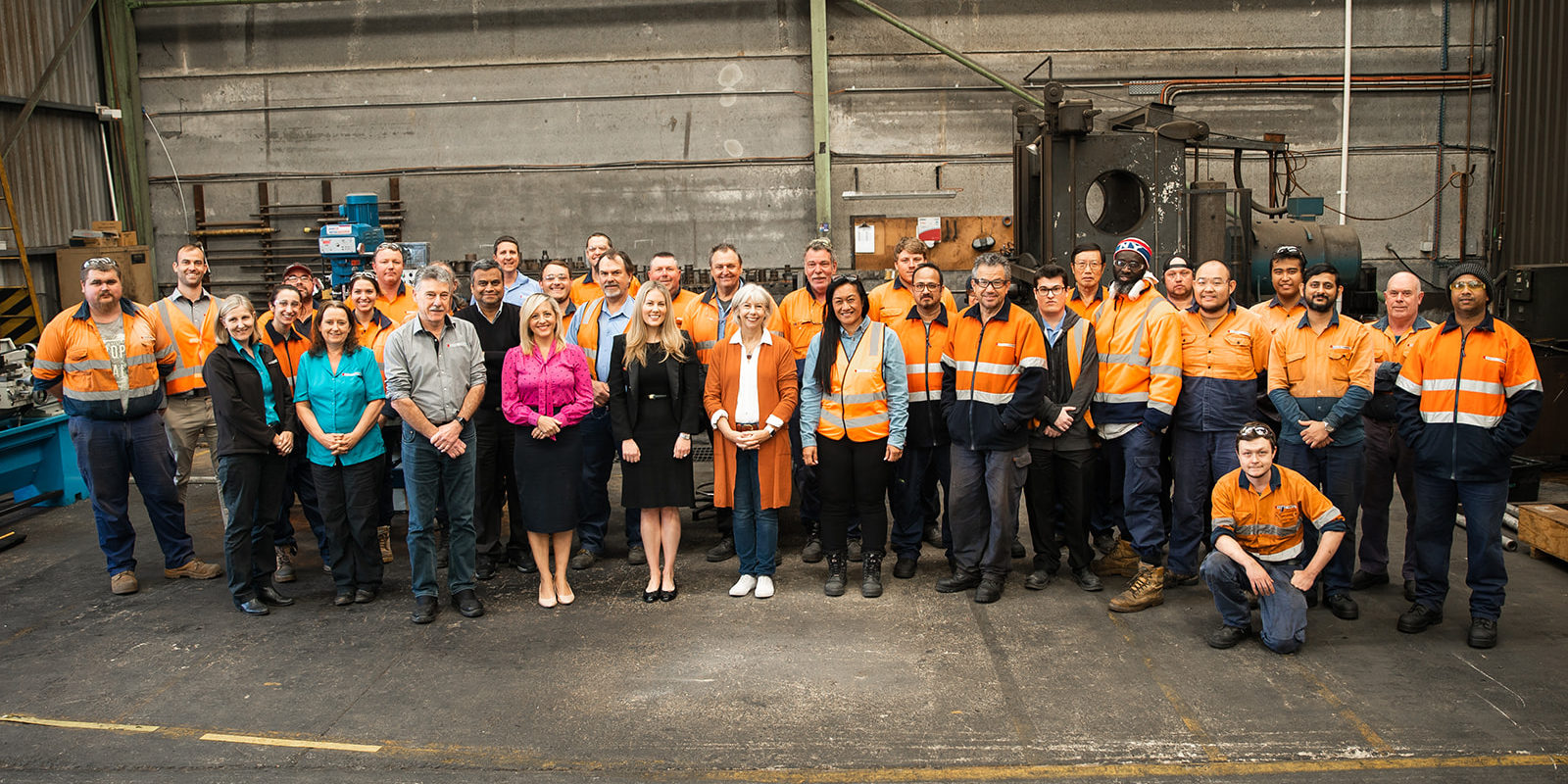 The Western Sydney company specialises in heavy fabrication, machining and on-site support, with customers including in the defence, rail and heavy industry sectors. It employs over 50 at three sites, including six apprentices.

Madeline Baker, granddaughter of co-founder Arthur Baker, said in a statement that she was “immensely proud of the business… I feel like it’s the fabric of my family and I have a real sense of pride that the business has been around for 75 years.”

The company invested in “leading equipment and local employee skillsets and transformed the company” including CNC and larger capacity equipment in the 1970s, responding to a “severe decline in Australian manufacturing” at the time.

It entered defence in 1989, producing slewing arm davits for the Australian Navy.

“Baker & Provan are doing some of the most important work for our country through their sovereign capability on our Defence projects,” said federal Lindsay MP Melissa McIntosh.

“The way they are actively bringing more women into the business and supporting young apprenticeships is an important part of creating and sustaining local jobs.”

The anniversary celebrations will be held at Panthers Stadium on May 15, and attended by guests including McIntosh and Penrith Mayor Councillor Karen McKeown.