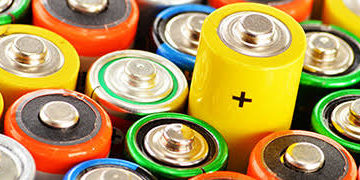 The Australian Competition and Consumer Commission has authorised the Battery Stewardship Council to establish and operate a levy scheme to stimulate the recycling of batteries other than conventional lead-acid batteries.

The BSC plans to bring together companies in the battery supply chain to significantly reduce the volume of toxic batteries being disposed of as waste, and recover valuable metals from the waste stream.

The scheme will involve a levy at the point of sale with funds used to subsidise collection and recycling efforts.

The scheme has become possible with the emergence of companies such as Envirostream Australia which is operating a mixed-battery recycling facility in Melbourne.

Envirostream is part of Lithium Australia, which has demonstrated the production of lithium-ion battery cathodes from spent recycled battery metals.

The levy will initially be set at four cents per equivalent battery unit and will raise about $22 million annually.

The ACCC considers that the environmental harm caused by disposing of batteries to landfill is not reflected in their price.

“The levy on batteries will commoditise batteries currently considered waste material, and the value created will be a strong incentive to divert them from landfill.

“We are anticipating a significant increase in feed material for Envirostream.”