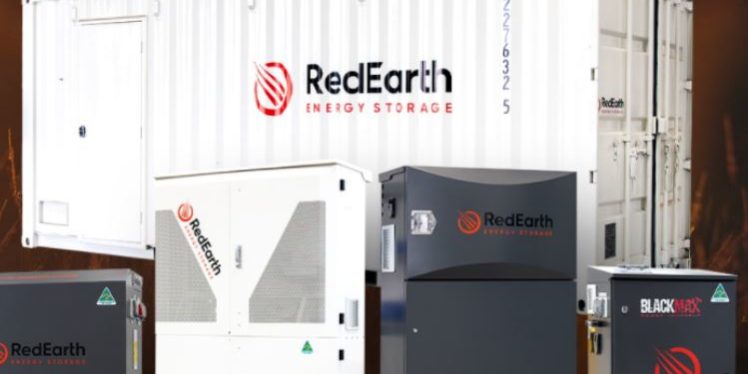 Moves towards the production of novel battery materials and batteries in Australia are gathering pace with announcements from three companies this week.

Brisbane battery developer RedEarth has received Clean Energy Council approval for its lithium-iron-phosphate (LIP) battery – the first Australian battery to be added to the list.

And Australian Vanadium Limited (AVL) has signed a memorandum of understanding with U.S. Vanadium (USV) for the supply of vanadium oxides for electrolyte production in Australia.

The MOU includes the provision of low cost USV technology to be used to produce the electrolytes used in vanadium redox batteries.

An initial order of oxides have arrived in Perth. The agreement enables AVL to begin commercial electrolyte production before its planned production of its own vanadium products.

TNG meanwhile is developing a vertically integrated business based on its NT vanadium, titanium and iron mine.

The company aims to produce 6,000 tonnes a year of vanadium pentoxide, with the just-commissioned study designed to inform the planning of a production facility.

Vanadium redox flow batteries are unique in that the electrolyte is not consumed or degraded during operation, and can be endlessly recovered and re-used.

These characteristics make them ideal for long-term storage facilities.

Also this week RedEarth won approval fort its modular 48 volt DC battery which can be combined in groups to form large-scale storage systems.

The Brisbane made batteries, named Troppo, are also combined by RedEarth with Sungrow inverters to create its Sunrise hybrid home battery systems. which are also approved by the Clean Energy Council.

RedEarth CTO Chris Winter said: “It is the only Australian-made battery listed on the CEC list, which is important for all government grant and loan programs.

“End-users, as well as installers, can visit our Brisbane factory for a tour of our manufacturing line as well as a demonstration of the battery to be sure they are receiving the best battery module in the business.”