…because they are hard 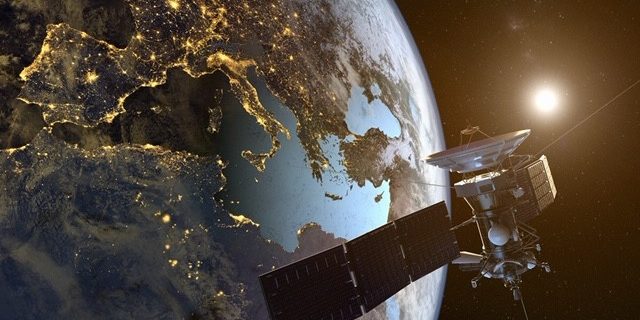 By Jens Goennemann, Managing Director, Advanced Manufacturing Growth Centre
It is moonwalk month. On July 20, everybody except the moon landing truthers can celebrate 50 years since Aldrin said those immortal words to Armstrong, “After you, Neil…”  *)
Australia’s role in bringing Neil, Buzz and Michael’s lunar adventure to the world is non-trivial. Our geographical good fortune, as well as the talents and hard work of the scientists and engineers at CSIRO Parkes and elsewhere, brought in the best available footage to 600 million people around the globe.

Our “unique view into the galaxy,” and our talented men and women once again see us poised to make a globally-relevant impact. We have a few other things going for us, too.

Space missions have become way more accessible in half a century. For example, a few years ago, a group of NASA Ames employees were inspired by regular reminders that the Apollo 11 mission had as much computing power as a modern-day smartphone. Their response? Putting smartphones into space and have them transmit data to Earth. The PhoneSat project has since evolved into a thriving Earth imaging business with around 430 employees.

Space business has gotten smaller and more agile. Satellites were once the size of a bus but can now be the size of the bus’s glove compartment, put together by a start-up rather than a heavily funded government program, and launched by a third party such as SpaceX or New Zealand’s Rocket Labs.

“NewSpace” has caught the attention of Australian entrepreneurs, especially following successes by companies such as Fleet Space Technologies and Myriota. As an example of the ramp-up in activity, one astute observer estimates that ten nanosatellites were “built, launched and/or operated by Australian teams” in the three years just passed. Currently, more than 100 are “planned or in production for the next three.”

Australia and its advanced manufacturing base are well-placed to contribute to this new era. The Advanced Manufacturing Growth Centre has several members at the front of the private space sector, such as Gilmour Space, Sperospace, HEO Robotics and Jar Aerospace. These are all highly promising start-ups, targeting a range of applications outside the planet.

Besides businesses who are already established to chase space, I’m excited about non-space-focussed manufacturers and their possibility to develop technology for extra-terrestrial use.

There’s a long history of space spill-over activity, and NASA’s Spinoff reports make for fun and inspiring reading. However, it works both ways and I can see many opportunities for established manufacturers advancing themselves by offering products and services for space applications.

As well as interested manufacturers, we have plenty of researchers that could help us make the most of this opportunity. Our researchers contributed 6.8 per cent of space-related publications globally through 2012 to 2016. Our space industry value-add is poised to expand, annualised, at 8.6 per cent in the decade to 2023 to 2024. Public investment has been increasing as well, for example through the $19.5 million Space Infrastructure Fund announced in the April budget.

These figures are acknowledged in the recent Advancing Space strategy paper from the Australian Space Agency, and the agency itself is another recent and powerful addition to the country’s space ecosystem: We are back at the table.

We encourage any manufacturing company to look to the stars and to get in touch. The sky is not any longer the limit for Australia.

Follow Jens on Twitter
This article originally appeared here. It has been republished with permission.
*) with apologies to David McGahan’s World: https://www.youtube.com/watch?v=DtokOQgUTDI