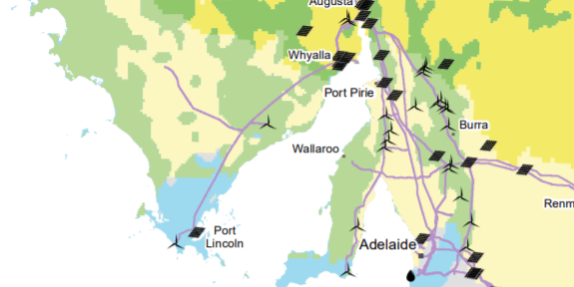 It is easy to look back over over the past decade and see a lost opportunity to transition our energy supplies – one that is exposed by the election of Joe Biden as US President with his vow to embrace low emissions and abide by the Paris climate agreement.

Australia’s climate irresponsibility, which began with Labor’s rush to export gas that triggered massive energy price increases and continued with a coalition wedded to fossil fuels, has been matched by business and the states which have been working hard to give Australia a chance at a low-carbon future.

All the states have zero emissions targets for electricity generation while Western Australia, Queensland, the Northern Territory and South Australia are pursuing green hydrogen or green electricity for export as well as lithium ion battery manufacture.

SA became the latest state to announce a hydrogen strategy last week, with the added development of an announcement of a go-ahead for a $240 million pilot plant at steel-town Whyalla producing ammonia from green hydrogen.

To get the ammonia, which is a way of exporting hydrogen, to market the state is spending $37 million extending the export jetty at the petrochemical works at nearby Port Bonython.

The promise of Australia replacing its LNG exports with green hydrogen turned from promise to reality with this announcement.

Backing this the investment community has stepped up to fund a massive boom in large-scale solar and wind generation, while households have been putting solar PV on their roofs in record amounts.

Most exciting here is Sun Cable’s project that plans to export solar PV electricity from the Northern Territory to Singapore.

And the research community, led by the University of NSW which continues to be the world leader in solar PV research – and entrepreneurship – is producing a steady stream of battery and solar innovations.

The glass, far from being half empty is more than half full when you look at the state of the energy nation from a state, rather than a national point of view.

Nowhere is this clearer than in South Australia which has embraced renewables like no other since a series of blackouts in 2016 motivated the then Labor government to buy the world’s biggest lithium ion battery to stabilise the power network.

It has been such an extraordinary success that the other states are following suit, with one proposal to build a battery three times the size.

The Liberal party came to power in SA in 2018 and, if anything, has doubled down on Labor’s plans.

It has boosted the size of a proposed virtual power plant of home batteries, approving multiple solar and wind projects, pursued a second interstate transmission line to connect the wind and solar rich mid-north to eastern states markets, supported solar and pumped hydro storage to power the Whyalla steel mill, and developed its hydrogen strategy.

Oh, and the state boasts Australia’s only lithium ion battery and solar PV panel manufacturers, albeit on a modest scale.

The map shows the array of wind, solar and transmission infrastructure which will ensure the state meets its goal of ‘net 100 per cent’ renewables by 2030, and probably much earlier.

It already sources more than 57 per cent of demand from wind and solar, and its hydrogen strategy envisages increasing its wind and solar capacity six-fold.

But this is just one state and the news from across the country, other than from Canberra, is positive.