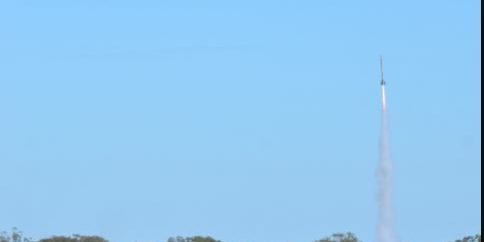 The company was partly funded by the Advanced Manufacturing Growth Centre to develop a process to manufacture solid-state rocket fuel, using it for the launch in outback Queensland earlier this month.

Cooper said: “Australian manufacturers are world-class and Black Sky Aerospace demonstrates the skills that exist onshore. This project has allowed Black Sky to leverage those skills and establish onshore manufacturing capability, resulting in a product which has both local and export potential.”

CEO of Black Sky Aerospace Blake Nikolic said: “Australia has never before had the ability to make its own rocket fuel.

“Unlike liquid fuels, solid fuels are easier and safer to transport, store and to use; making it a real advantage for both Australian companies, and for the potential export market.”

“With Australia now able to make our own solid-state rocket fuel, we’re building robust supply chains for the Australian space sector, as well as other connected industries like defence.”