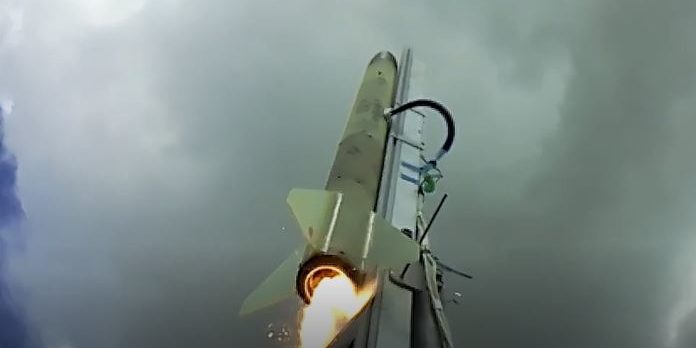 Australian rocket company Black Sky Aerospace has achieved a major milestone which could lead to the development of an Australian precision guided missile.

The company, working with partners including Crystalaid, achieved initial integration of guidance and control on a missile fired in Queensland.

Black Sky aims to develop a next generation missile system and ensure Australian technology is at the forefront of defending the nation.

Black Sky Aerospace CEO Blake Nikolic said: “As the only Australian sovereign commercial manufacturer of solid rocket propulsion for use in guided weapons, it’s natural for us to team up with other Australian companies involved in advanced manufacturing of defence technology.”

It is decades since Australia developed its own guided missiles – notable the Ikara anti-submarine missile system and the Malkara anti-tank missile, one of the earliest ever producer in the 1950s.

Those missiles utilised technologies developed in the post-war period and during the United Kingdom/Australian missile tests at Woomera in South Australia – with Black Sky’s achievement a step forward.

Nikolic said: “The rocket we just fired is comparable in size to a Javelin Surface-to-Air missile, and our partners are bringing the components that will ensure it can be steered onto a target and deliver the desired effects.

“We are seeing in the Ukraine right now just how devastating and effective these weapons can be on an invading force; we want to make sure Australia has its own sources of missiles and is not solely reliant on foreign suppliers.”

Crystalaid chairman Ross McKinnon said the launch demonstrated a local advanced manufacturing capability that has traditionally been sourced from overseas.

McKinnon said: “Many people would not know that the sophisticated electronics packages needed for guided weapons can all be made here in Australia.

“While industry waits for Defence’s decision on how to achieve a GWEO enterprise, it’s important that Australian industry demonstrates a current level of capability and capacity.”

The collaborative teaming partners believe the development of Australian industry missile capability could accelerate the implementation of the AUKUS agreement.

McKinnon said: “We need to ensure that the implementation of GWEO grows the Australian Defence Industry capacity and by partnering with international and local partners, fill any capability gaps.