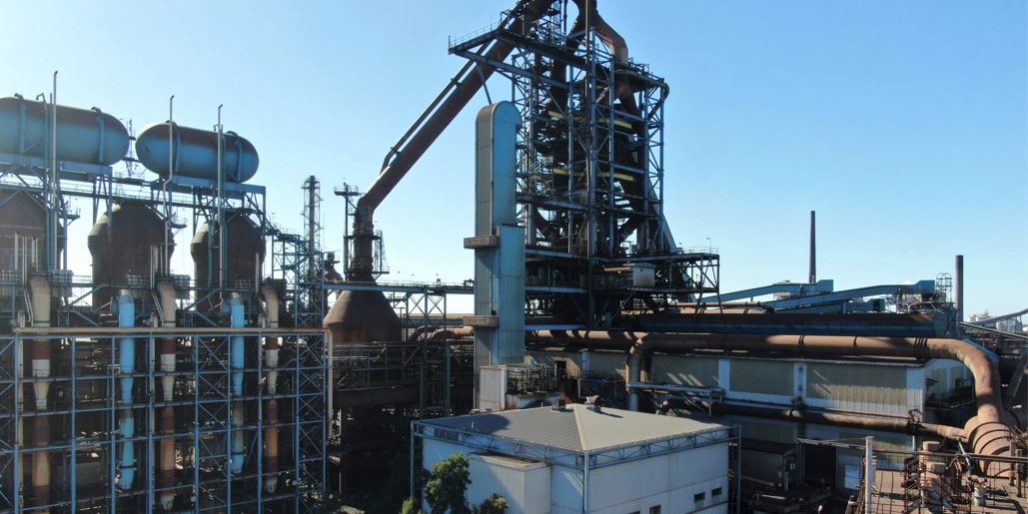 BlueScope steel is rapidly refining its plans for decarbonising its steel making and today announced the likely $1 billion relining of its currently mothballed No. 6 blast furnace (6BF) at Port Kembla in New South Wales.

The company told investors that it now expects significant takeup of low emissions steel technology into the 2040s.

“Given this timeframe BlueScope is now transitioning to a full feasibility assessment of a reline and upgrade.

“A relined 6BF will secure BlueScope’s ironmaking needs from 2026.

“The blast furnace campaign life of up to 20 years aligns with BlueScope’s decarbonisation strategy and 2050 net zero goal, and provides a challenging and but credible timeframe for development, scaling and commercialisation of new low emissions technologies.”

With the No.5 blast furnace expected to reach the end of its life sometime between 2026-30 the decision is critical for the company, and for the continuation of primary steelmaking on the east coast.

Australia’s only other primary steel maker is Liberty in Whyalla in South Australia.

In today’s announcement BlueScope increased the estimated cost of the project from $700-800 million to $1 billion.

The new estimate includes $100 million in expenditure directed at environmental efficiency improvements and a range of upgrades to the blast furnace and related infrastructure.

Spending this year will include $50 million for studies of the reline and $120 million to order long lead time equipment critical to the project.

“This includes…technologies that will be key enablers of medium to longer-term opportunities to reduce Port Kembla steelworks’ greenhouse gas intensity.”

The company said the reline did not lock the company into blast furnace steelmaking for the full 20 years ‘if technology is ready earlier’.

“However, achieving this will be dependent on several enablers including access to low cost green hydrogen, firmed and affordable renewable energy, the development of suitable raw material supply chains and appropriate policy settings.”

BlueScope confirmed a record net profit after tax for the first half FY22 of $1.64 billion, a $1.3 billion improvement on the previous corresponding period.

During the half BlueScope began two decarbonising initiatives – an agreement with Rio Tinto to explore low emissions steelmaking and with Shell to pilot an industrial scale 10 MW electrolyser, hydrogen direct iron reduction furnace and iron melter at Port Kembla.

With Shell the company will also support the development of a hydrogen hub in the Illawarra.