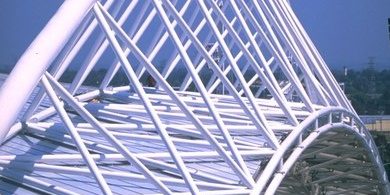 BlueScope revealed in an announcement a stellar result for an Australian industrial company, confirming a likely third year in a row of profits topping $1 billion.

BlueScope CEO, Mark Vassella said underlying earnings before interest and tax for the half were up 62 per cent to $849.6 million.

He said : “It is an excellent result, our best half on record.

“It was driven by strong demand and steel spreads in our US and Australian markets.”

While Vassella did not mention the US trade war with China, it is no secret that BlueScope is enjoying higher prices for steel in the US domestic market.

The company is exempted from tariffs which have affected steel imports from other nations.

However BlueScope’s strong focus on boosting productivity and competitiveness in Australia and New Zealand, and the acquisition of the other half of its North American business, North Star, were the key drivers strengthening the company.

Only a few years ago the company sought, and gained, significant concessions from its Australian steel workforce as part of this focus.

Vassella said: “Today’s results are proof of a straightforward and sustainable strategy at work.

“With the effort in recent years…our businesses are generating strong cash earnings and solid returns.”

BlueScope reported an underlying return on invested capital of 24.9 per cent, a net cash position of $127.5 million and a net cash target of up to $400 million.

“We have delivered underlying EBIT of over $1.1 billion in each of the last two years.

“With this first half result, we expect an even stronger result for the third consecutive year.”

BlueScope is pursuing growth opportunities including a $600 million to $700 million investment to boost capacity in North Star by up to 900,000 tonnes a year.

The company is continuing with its $250 million share buyback scheme on the back of the result.