BlueScope thinks Big for the future of Port Kembla 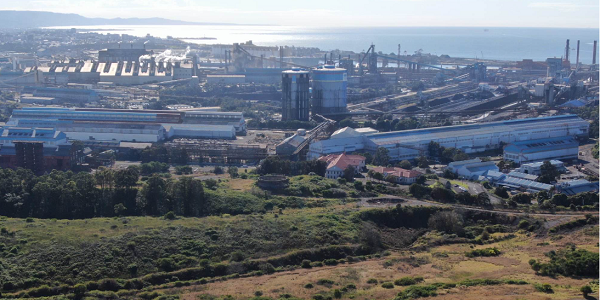 BlueScope steel has announced an ambitious exercise to plan for the reuse of potentially up to 200 hectates of land it occupies adjoining the Port Kembla steelworks.

Vasella described the release of the plan as a really exciting day for BlueScope but also a fantastic day for the Illawarra region.

“It’s a masterplanning exercise to see how we can reimagine or repurpose the surplus land we have here at Port Kembla.

“As we zero in on 100 years of steelmaking in the region we are thinking about the next 100 years as we continue to be a steelmaker and a smart manufacturer.”

BlueScope will celebrate its 100-year anniversary at Port Kembla in 2028.

“It is all about visioning what we will need as a manufacturer going forward, but in that what is surplus and what is available to think about other uses, and other purposes for the land in the region.”

He said BlueScope would think about new companies and new industries for the site and the needs of the community in the planning process.

The company looked globally for urban design expertise and for companies that had done this before and had developed expertise.

“This is such a significant opportunity for the Illawarra, but also for our country quite frankly.”