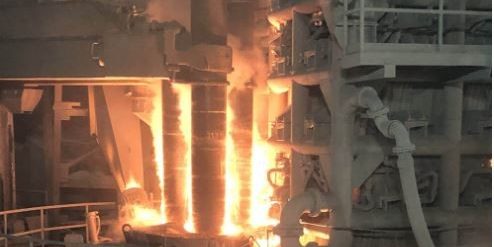 BlueScope Steel has weathered a tough year in the Australian and US markets to deliver a strong underlying EBIT of $564 million for FY20.

Underlying EBIT was down 71 per cent in the US and 43 per cent in Australia as steel margins were suppressed by higher raw material costs and weaker steel prices.

Nonetheless plant utilisation at BlueScope North Star in the US remains above 90 per cent and Australian sales increased three per cent to 2.17 million tonnes in the year.

BlueScope’s final result was marred by a $197 million non-cash write down of its New Zealand and Pacific Islands businesses.

CEO Mark Vassella said: “In the second half we delivered an underlying EBIT of $261 million.

“The entire BlueScope team has rallied together to deliver this solid outcome.

“While no-one knows how this pandemic will play out, BlueScope has shown once again the resilience of its earnings, the quality of its cash flow and the strength of its balance sheet.”

Total group operating cash flow for the year was $238 million, or $412 million excluding expenditure on the company’s expansion of North Star.

The company holds $79 million net cash and has available liquidity of $3.1 billion.

The Board approved an eight cents a share dividend, in line with last year.