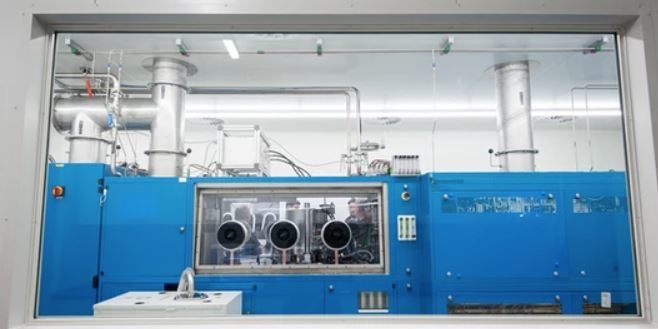 The raising comes as the company revealed it was experiencing reliability issues with the prototype laser diodes it is producing at its laboratories at Silverwater in Sydney (pictured).

“However, reliability testing has demonstrated weaknesses with the post epitaxy production steps, with gradual loss of light output due to degradation of the optical facet of the BluGlass laser chip when operated to high power in continuous wave conditions.”

Epitaxial growth or epitaxy is the process of adding a fine layer of single-crystal material over a single crystal substrate through chemical vapor deposition.

While the core laser diode is working to specification, the challenges faced by the company are in production steps by third parties.

“As an historically R&D business, these steps are new to BluGlass, but also well understood in the industry generally, and hence BluGlass is confident that they can be solved expeditiously.”

The company will seek additional experience in the post epitaxial phase from established companies, and focus on scaling up commercial production over the coming year.

At the same time Giles Bourne is stepping down as CEO, a role he has held for 13 years.