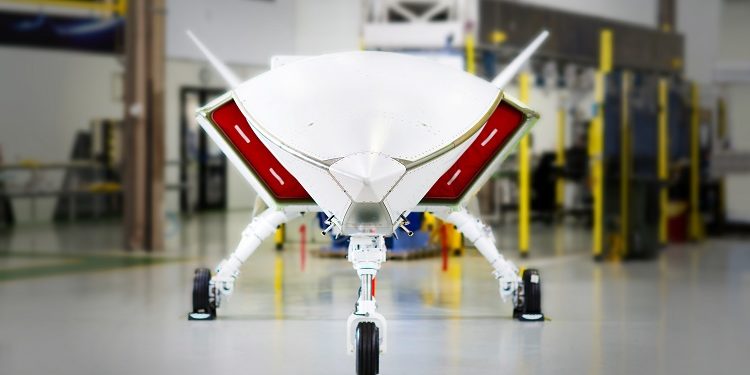 The company’s Australian team achieved weight on wheels and aircraft power on in a major step forward for the aircraft which is designed to fly in company with manned craft such as the F-35 Lightning fighter.

The aircraft uses artificial intelligence to complement the manned system, extending its ability to project force as a ‘force multiplier’.

The development milestones come weeks after completion of the first fuselage (pictured).

Systems installation and functional and integration testing from the aircraft’s own landing gear are now underway, according to Shane Arnott, programme director of the Boeing Airpower Teaming System.

“We are continuing at pace toward our goal of flying later this year, so that we can show our customer and the world what unmanned capability like this can do.

“The strong contributions from our industry team are powering our progress.”

The aircraft is one of three prototypes being developed as a part of Boeing’s Loyal Wingman-Advanced Development Programme.

First flight of the system is planned for later this year.