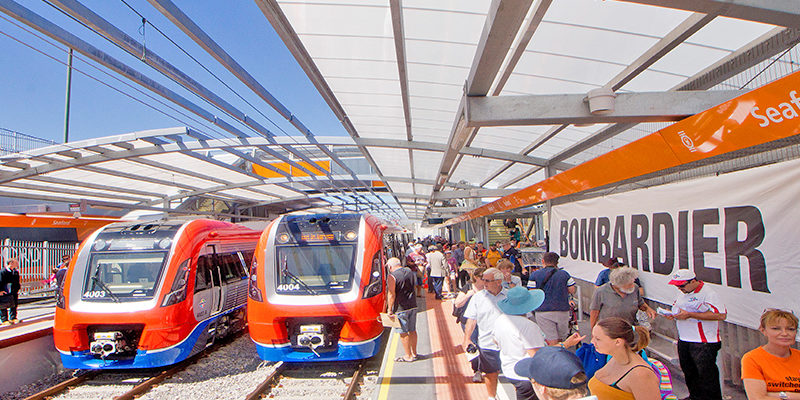 The company, which provided 22 A-City train sets for the city’s first electrified suburban line to Seaford, has won a contract variation to add another 12 of the three-car sets from the state government.

Bombardier is achieving 60 per cent local content on its suburban trains.

The trains will be used on the Gawler line which is being electrified under a $615 project funded by the state and federal governments.

Adelaide is the last of the state capitals to electrify its suburban railways but when complete the major north-south axis of the city from Gawler to Seaford will boast electric trains.

However the state government, which promised to link the two lines via an underground CBD rail loop before the last election, has failed to fund the project.

Instead the government surprised locals by announcing that services on the rail network would be privatised, with the state retaining ownership of the infrastructure.