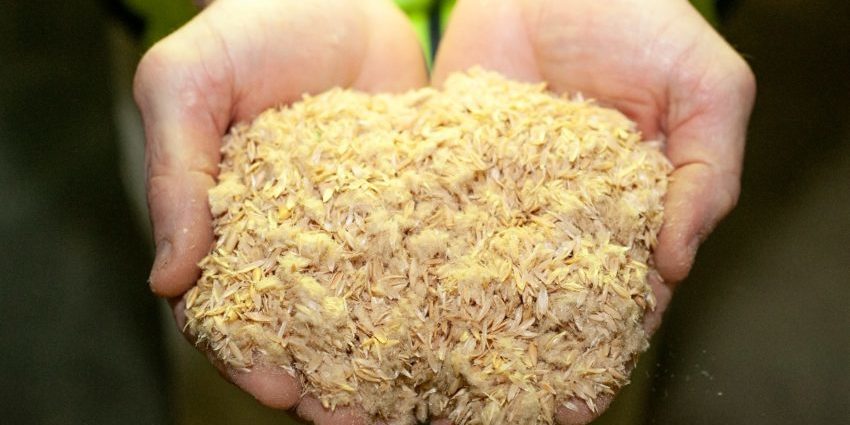 Commercial projects manager Jeremy Neale said the plant would generate enough bioenergy to power both the plant and nearby homes.

“Two-thirds of it will go to the mill, and the remaining third will be put back into the grid,” Neale said.

“It’ll go a fair way to eliminating our electricity bill.”

As a 24-hour, five-day-a-week operation, the mill’s current monthly invoice totals about $80,000.

Neale said issues with power reliability first sparked the need for an alternate source more than a decade ago.

“Every time we’ve looked at doing an expansion, power was a limiting factor,” he said.

“So the way around that is to obviously generate your own.”

Neale said the biogas plant would allow manufacturing to continue in the event of an outage.

“Being (located) at the end of the power line we have a lot of brownouts,” he said.

“So being able to stay powered up and continue operations is a big factor for us, it mitigates against all those risks.”

The mill processes more than 24,000 tonnes of oat husks each year as a by-product of its production.

Until now, the husks have been sold as stock feed, used as packing material or been thrown awa.

The new biogas plant converts the husks into bioenergy through a process called anaerobic digestion.

This involves microorganisms breaking down biodegradable material into mush, much like in the human stomach.

The subsequent biogas created is a mix of methane gas and carbon dioxide, which fuels an onsite generator to produce electricity and heat to power the oat mill.

Thanks to the new plant, Neale says no oat husks will not go to waste.

In 2017, Blue Lake Milling received a $25,000 grant to undertake an energy efficiency study of its operations and ways to reduce power.

It subsequently developed a proposal for the plant and received an additional $20,000 from the State Government to fund a full feasibility study for the project in 2018.

Following its success, the oat mill secured a further $2.5 million in State Government funding through the Energy Productivity Implementation Grant Program, before beginning construction in 2019.

Biogass Renewables was contracted for the design and will operate and maintain the facility.

While common in Europe, the anaerobic digestion plant is just one of five in Australia, with the vast majority fed by assorted food waste.

To gain a deeper understanding of how to operate a biogas plant, Neale spent two weeks at a workshop in Germany, home to more than 15,000 such facilities.

“They all told us we were crazy,” Neale said. “There’s existing plants with oat husks being fed in but none with it as a straight diet.

“So it was obviously a bit of a risk.”

Neale said Blue Lake Milling was also drawn to the idea of a biogas plant due to its value as a “renewable and clean” energy source.

“As well as being a more safe and reliable method of generating power, (improving) our environmental footprint and sustainability are things the company is really delving into,” he said.

The branch is in the process of transitioning from gas-powered forklifts to electric models and is exploring further opportunities to reduce its waste impact.

“We’ll be looking at ways to redirect our landfill to other methods of disposing of waste, so more recycling and anything we can do in that space,” Neale said.

CBH, the parent company of Blue Lake Milling, will also use the new project to gauge the potential to implement similar systems at its other grain operations throughout the country.

However, Neale said pioneering such a large-scale project had come with its share of complications.

“The EPA approvals took over a year in themselves,” Neale said.

“There was just no legislative process in place for something like this.”

Blue Lake Milling CEO Kevin Boyle said that while the new plant would see some business savings, the improvements to sustainability were what got the project over the line.

“For businesses like ours if it was only a financial decision we would likely not commit to it.

“This is a representation of the values of our whole organisation, this is real leadership in industry, and planning for a better future.”

“We’ve got these fabulous resources of bioenergy in the Limestone Coast, in particular the forestry and agriculture industries, and it’s really been wasted until now,” Richardson said.

“In some cases, excess (biomatter) is being burnt, which is bad for the environment.

“This is making the best use of a local resource.”