Boycotting the Industry minister is a terrible idea 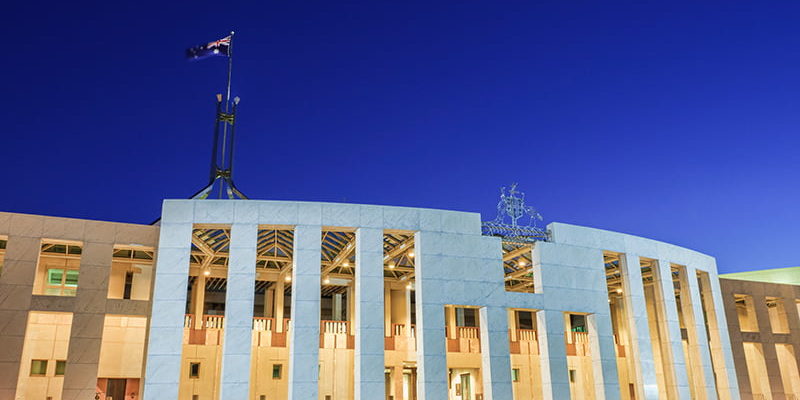 That the tech sector should somehow disengage from industry policy because it is unhappy with Christian Porter’s appointment as the new Minister for Industry, Innovation and Science is a terrible idea.

The sector needs to engage with government more on policy issues, not less. And it must get better at it.

Right now, on any number of policy areas of importance, the industry – on software specifically – is losing the policy debate. Every time you hear the words “gas-led recovery” or even “advanced manufacturing” (without the word software in the same sentence), you know this industry is ‘losing’ the industrial policy discussion.

And what our industry has not done as well as others is to put forward a singular, powerful, professional presence in Canberra, and across the state governments. Think about the Business Council, the Minerals Council, the Property Council, the Bankers Association etc etc etc.

And it shows. The industry is ‘losing’ on setting priorities for the industrial policy agenda. We know this because the local industry is treated like an after-thought.

Women are rightfully angry about the revelations that have come out of the parliament in the past couple of months. A great many men are angry too.

Christian Porter became a flashpoint for that anger for many in our industry when the Prime Minister made the political calculation to keep him in the Cabinet and give him the Industry portfolio, despite a thick air of controversy that surrounds him.

The Prime Minister’s message could not have been clearer. The Industry portfolio is so low profile it can be used to bury such controversy, confirming the relatively low political status of industrial policy in this government, as if anyone needed reminding.

But calls from some in the tech industry to disengage from policy process by cutting off contact with the minister is misplaced and counterproductive.

If you want to be angry with someone, be angry with Scott Morrison. The appointment of Christian Porter to the portfolio is a terrible distraction at a time when industrial policy needs intense focus. And it brings to an end a period of relative stability in the portfolio under Karen Andrews (who served in the role longer than her five predecessors).

The Prime Minister makes these appointments. The industry has to work with the minister in front of them. That is what professionals do.

Stability and continuity is a more important factor than precisely who the minister is. And Scott Morrison chose to break up the continuity of Karen Andrews building time and expertise in the portfolio.

Consider that Christian Porter is the seventh Industry minister to hold the portfolio since the Coalition came to power at the 2013 election.

The chief executive of one government-funded industry body told me last week that internally his team no longer refers to the ministers by their name, such has been the revolving door in ministers that the CEO must ultimately report to. Instead, Karen Andrews was M6, and now Christian Porter is M7.

But the idea that the industry should turn its back on engagement with its portfolio minister is just a terrible idea. It just needs to get better at it.

Some of the senior women in technology I have spoken to in the past week who regularly deal with the Industry minister’s office are just angry. Others are both angry and fearful, particularly those that have relied on funding programs managed through the portfolio. They do not feel like they are safe to voice their anger and fears, literally for fear of losing jobs, losing funding, losing support.

As distressing as this is, it is not the only view. One woman who runs a large and valuable government-funded tech program – a lawyer by training – says she is quite comfortable dealing with Christian Porter as minister. The historical allegations against him are allegations only, she says. They have not been tested via the courts.

Her view is that belief in the rule of law is a binary. You either believe in that system or you don’t. And if you believe in the process, then you should have no issue in dealing with the new minister.

It is a view not commonly expressed publicly. Not by women and certainly not by men. But if you cannot deal with the new minister because of anger at the revelations of terrible behaviour at Parliament House of the past couple of months, then you are probably in the wrong job.

Regardless, Christian Porter is our new Minister for Industry, Innovation and Science Minister, and for many, there are likely some uncomfortable moments ahead.

But the anger here should be directed at the Prime Minister at disrupting a portfolio that had finally started to build some continuity.