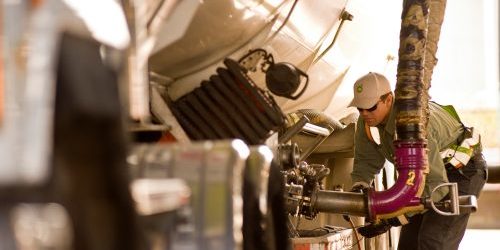 BP has announced it will shut down Australia’s largest oil refinery at Kwinana in Western Australia and turn it into – yet another – oil import terminal.

The company said in a statement: “Having explored multiple possibilities for the refinery’s future, BP has concluded that conversion to an import terminal is the best option.”

The closure of the 150,000 barrel a day capacity refinery will leave Australia with only three ageing refineries, increasing our already over-reliance on imported refined fuels.

The three other refineries are at Melbourne, Geelong and Brisbane.

The government has watched as several other refineries have closed in recent years which does not sit well with its mantra of defence self-sufficiency.

It responded previously to calls for better fuel security by buying capacity held in stockpiles in the United States.

He said: “This a matter of national security.

“BP cannot be allowed to breezily announce this on a Friday afternoon as if it’s some run-of-the-mill commercial decision.”