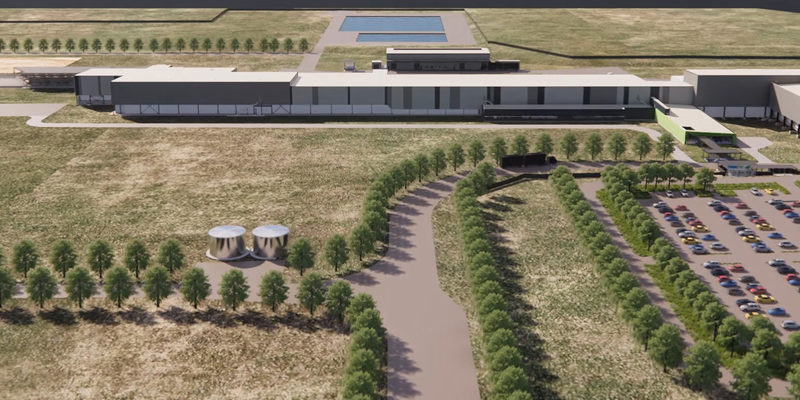 The plant will be built about 70km east of Adelaide, 10km north of the Murray Bridge township, and replaces the original facility destroyed by fire in January 2018.

Construction is expected to begin before the end of the year with the commissioning of Stage One expected within 24 months.

Stage One is expected to create about 500 jobs and will include beef processing facilities with an initial capacity of up to 600 head per day; a beef boning room with automated packaging technology; stockyards; employee amenities and administration facilities; and, fully automated carton chilling, freezing and storage systems.

In total, the project is expected to create more than 2,000 jobs.

“The fire, as devastating and disruptive as it was, has given us a once-in-a-lifetime opportunity to create something truly special. We have been determined since day one not just to replace to the facility at Murray Bridge but to build something bigger and better,” he said.

“We see this facility as setting the industry benchmark for technology, efficiency, environmental sustainability, animal welfare and workplace safety.

“We look forward to now working alongside BADGE, a fellow South Australian family-owned company, in creating what will become a global showcase of advanced food manufacturing.”

In total, the project is expected to create more than 2,000 jobs.

TFI has annual turnover of more than $2 billion, employs 3000 people globally and exports about 80 per cent of mainly beef and lamb production into 80 export markets.

It also owns subsidiary companies located in Asia, Europe and the United States, where it operates a state-of-the-art foodservice and storage facility in New Jersey.

BADGE managing director, Jim Whiting said TFI should be commended for embarking on the big project that would create significant economic benefits for the region and the state.

“Our company has a 38-year history working in the food and beverage industry and we have an existing relationship with the Thomas family, having recently completed TFI’s Adelaide head office building,” he said.

“We will be working with many other great South Australian businesses including Ahrens who will be supplying all the specialised structural steel for the project, and we see many other opportunities for local subcontractors as construction gets underway.”

Meanwhile, TFI says works are well underway on a 2.2km public link road between Mannum Road and the development site under a Federal and State Government-funded infrastructure program.

Picture: An artist’s render of Stage One of the TFI Murray Bridge plant.