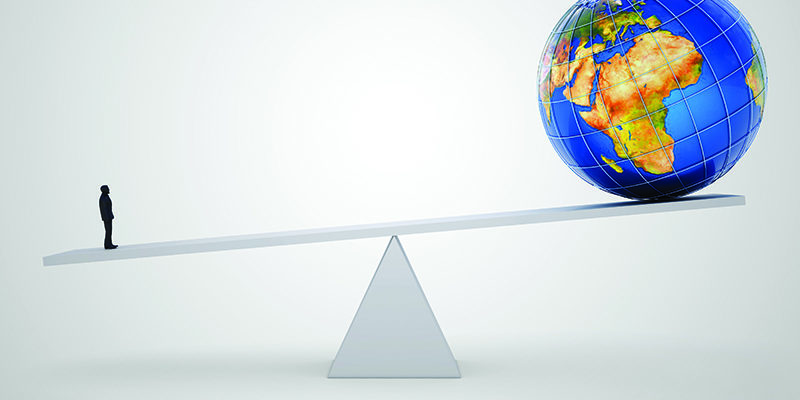 For many years, I have pondered why Australia has not been able to take its high performing companies to the global stage. Larger countries such as the USA, Germany, France, Japan, Korea and most recently China have done so very successfully. Companies from smaller countries have done so too, such as Sweden and Switzerland, perhaps because they are geographically close to larger markets, which we are not. We have had a good few successes in recent years with companies at the big end of town such as CSL and BHP, and in the new economy, Aconex and Atlassian doing very well outside Australia. However, Australia’s business landscape is littered with many examples of companies that succeeded here, yet failed when they tried to go international, often at great cost.

The explanation of these observations of successes and failures lies in the notions of competitive advantage and the leadership behind global business strategies: let’s address the foundations of these two powerful notions. I think of competitive advantage as being the underlying reasons for how and why a company can create a superior value proposition for its customers, at a profit. Value simply means delivered benefits per unit of price. I have had the pleasure of running executive management programs within McDonalds in Australia and their value proposition has been clear for decades, although it is presently evolving. They provide lots of ‘benefits per dollar’ for their consumers, in terms of service, speed, cleanliness, and more recently innovation, while also carefully ensuring that their menu matches what customers require. Similarly, another company I have been working with lately, Toyota, provides ‘lots of car’ for the money, with high levels of reliability, durability and features per dollar. Importantly, both these companies provide their value to customers based on their core capability of ‘operational excellence. Further, they are demonstrably able to take that capability and its comparative advantage from their home countries, USA and Japan respectively, to the rest of the globe. Big Macs and Camrys have a lot in common in this respect! They are global in their appeal and deliver high value across many markets and cultures. Neither is a luxury product, as both are positioned in mass markets, and both lead those markets globally where volume is high.

While Toyota and McDonalds took a few decades to attain positions of global leadership, these dynamics move much faster in the world of internet-based services. Aconex and Atlassian from Australia, and  Uber and AirBnb have globalised quickly, based on implementing a value proposition that works globally. LinkedIn did a similar thing, and its global assets were bought by Microsoft for some A$35billion! They didn’t really have to adapt what they do ‘at home’ to move from their home to their global basis. Many others who tried to expand beyond their home market failed to recognise the differences between markets, consumer preferences, regulations or other differences across countries. Examples of such failed investments were Fosters into China, Country Road into the USA, Tesco into the USA, Starbucks into Australia, all of which made errors in assumptions about what would work in those ‘new markets’.

The core to achieving success beyond our home country is a strategy, and a solid basis for global competitive advantage, that will be delivered by strong and determined leaders, who are there to see the implementation journey though. Jack Welsh at GE, Bill Gates at Microsoft, and similar tales from Shell, Unilever, IKEA, ABB, and yes, McDonalds, Toyota, Aconex, Atalassian, CSL and many other businesses that have lasted in global terms have been consistently led by committed leaders who were there to see the strategy come to fruition. In Australia, Telstra and Pacific Dunlop switched leaders too often and didn’t succeed overseas. Successful leaders have three key success factors in common.

First, they formulate and implement lasting strategies that robustly create value. Second, they respect their stakeholders, especially their staff who they inspire to deliver high levels of motivation and ‘discretionary work effort’ in implementation. And third, they bring their strategy and their motivated people together in business models that create global competitive advantage. These are core elements of our research and teaching programs in management at the University of Melbourne.

Professor Danny Samson is Director of the Master of Enterprise and Master of Supply Chain Management degrees at the University of Melbourne: [email protected]