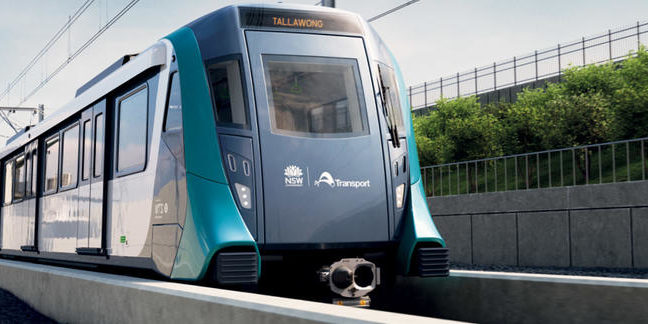 If ever we need an argument for maintaining a viable local manufacturing sector, then look no further than the massive $4 billion cost blow-out in the metro rail project being built under Sydney Harbour.

The project, originally to cost between $11.5 and $12.5 billion, will now cost $16.8 billion according to a document kept secret by the state government for the past 18 months.

Now of course this is more than a cost over-run, that would be a few hundred million – this over-run is a whopping 37 per cent.

That suggests massive mis-management of the project, and especially in the cost of new trains and integrating them into the system, which is singled out in the budget review and now revealed by Channel 9 media.

I have often written on the foolishness of buying trains off the shelf from overseas as NSW does.

Having bought inter-city double-decker trains, XPT replacements, suburban double-deckers, and trams from the likes of Spain, China, Korea and even India, the state has foregone supporting a strong local alternative.

This is while other states are heavily investing in rail manufacturing.

One of the key reasons for having a strong local alternative is that it keeps the bastards honest.

This was the case in the automotive industry where prices used to be set by importers in relation to the cost of a Holden Commodore.

Without that moderating presence, prices are at the whim of importers.

In the case of metro trains, they form a big part of the blow-out – an additional $2.3 billion for trains and integrating them into the network.

Of course another factor is in play here – off the shelf systems need to be heavily modified to meet our particular systems and needs.

Imports are never as cheap as they first appear – even without the local skill and employment benefits that come with local purchases.

But don’t hold your breath for the NSW drought of local train orders to break – locals will ‘assemble’ rail cars and ‘modify’ them…but there is no sign the state understand the value of genuinely Australian made.