Call for a practical degree in manufacturing 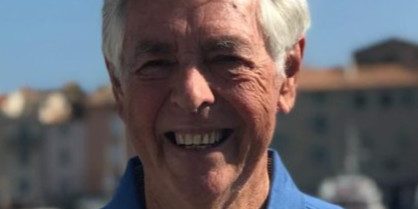 We need an institution that offers a degree in manufacturing and practical skills. The ideal place to revive Australia’s manufacturing capability is Newcastle.

Over the last 75 years there has been a continuous decline in Australia’s manufacturing capability and an increasing dependence on China for manufactured products.

Engineering and practical skills have slowly started to disappear from University and TAFE courses. Now we are exposed as never before to the consequences of major disruption to supply without an inherent capability to respond with similar skills.

This is not sustainable. In fact, now we see China gradually usurping the South China Sea and establishing artificial islands and airstrips. It is clear that their intention is to control and dominate.

Australia has responded by announcing that it will spend up to $270 Billion on upgrading our defence capability. We do not currently have the capability to support this initiative with the necessary skills in engineering and manufacturing.

When the University of Newcastle was first formed the planning was centred around the humanities and the first Vice Chancellor was Professor James Auchmuty, a professor of humanities and social science.

As a student at the time I believed that the competitive advantage created by the BHP and subsidiaries and the strong links to the UNSW and the Newcastle Technical College would determine a direction focused on engineering, manufacturing and industry. This was not the case.

Innovation created by John Lysaght was without peer in Australia and this led to products such as Colorbond which is recognised as a superior product throughout the world.

After its formation in 1965, the University continued to believe that it should be a classical University not a technological one. As time went by the two faculties that were the most successful were Engineering and Medicine.

It is clear that we need the humanities but we also need a sharper focus on technology and engineering.

Now the need to revive our manufacturing capability has never been more urgent.

The poor state of our manufacturing capability was illustrated recently when BAE Systems excluded Australian manufacturers from the tender for the Hunter class frigates.

They did this because they believed that there were no Australian manufacturers up to the required standard.

There are numerous fragmented manufacturing engineering courses throughout Australian Universities but the focus is blurred.

Even the Institution of Engineers fragments the profession and the result is that there is a poor understanding of how to integrate the disciplines.

The fractured supply lines for many products created by Covid-19 has illustrated how vulnerable we are if we cannot source critical components for defence in particular.

This is analogous to the problems faced by the USA when Bill Clinton was president and the USA realised that it must have the capability to service and supply the critical components for its own defence and welfare.

Their response was swift. The CEO’s of the best defence orientated companies were assembled under the Chairmanship of Professor Ken Preiss from Israel to formulate a manufacturing and supply strategy.

This is what Australia urgently needs now.

Newcastle has long been ignored politically. In 1956 the Newcastle Flyer, a steam train, could travel between Sydney and Newcastle in two hours and 20 minutes. Today, almost 70 years later, it takes three hours and 15 minutes.

We can trace Australia’s poor technological performance to a series of non-visionary decisions like abandoning the Multifunction Polis in South Australia, not building our first nuclear power reactor in Jervis Bay in 1969, and the recent ordering of non-nuclear submarines from France where diesel electric power will be retrofitted to what was designed as a nuclear submarine.

All these events have created an enormous opportunity for the University of Newcastle. A chance to lead and assume its true role as the centre of technological excellence.

Dr John Blakemore is a leading manufacturing industry consultant. He is principal of Blakemore Consulting, and a part-time professor at the University of Newcastle.