Can India consider an FTA with Australia in critical minerals? 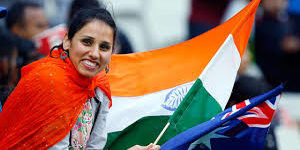 The Covid crisis has exposed the world to major challenges. Sustainable development goals like reducing poverty, inequality, hunger, and increasing economic growth by 2030 have all taken a major hit, disrupting 15-year global efforts. The pandemic is leading to permanent shifts in political and economic power. Hence, it can’t be stated enough that partnerships and collaborations will be fundamental to emerge out of the health, economic and social crisis triggered by this pandemic.

Economic growth in the current times will ask for identifying new, efficient ways of increased productivity, ways to integrate policy priorities across diverse sectors, and driving innovation and originality in building steady and smarter supply chains that are technologically resilient.

India’s focus on building a self-reliant economy, and strengthening its domestic manufacturing sector in view of the changing technology landscape, will be dependent on the availability of critical minerals required for energy security and digital technology applications. The reinvigoration of domestic manufacturing in defence, aerospace, electronics, health-tech; goals like 100% electric mobility by 2030; adding 450 GW of renewable capacity by 2030; all will require a sustained and secured supply of critical minerals.

Australia’s established resources industry, with its extensive expertise in minerals extraction and processing, provides it a far-reaching opportunity to emerge as a key supplier of critical minerals.

A recent World Bank Group report finds that by year 2050, minerals like graphite, lithium and cobalt will see production increase by 500% to address the rising demand for energy efficient technologies.

Australia has significant critical mineral resources and potential compared to other countries:

• Australia has the world’s largest resources of rutile (titanium), zircon (zirconium) and tantalum.

• Australia is the world’s top producer of lithium, rutile and the second largest producer of zircon and rare earth elements.

These critical minerals are mined both as primary products as well as extracted as companion products from major minerals production. Australia’s established resources industry, with its extensive expertise in minerals extraction and processing provides it a far-reaching opportunity to emerge as a key supplier of critical minerals.

In June this year, Australia and India has signed a Memorandum of Understanding (MoU), where both countries will explore opportunities to increase trade, investment and R&D in critical minerals. Australia has signed over 15 MoUs in the last 10 years with India across “Agriculture, Vocational Education, Water Resources, Cyber Security, Health and Medicine, Sports, Environment, Climate and Wildlife, Civil Aviation and Space Technology.”

Quantifying the real success and the efficacy of past MoUs is difficult. Current trade and investment figures between Australia and India do not inspire much confidence. Both countries might have witnessed isolated successful outcomes across a few sectors in the last few years, however, that hasn’t brought Australia in the inner circle of economic partnerships for India. Hence, this is a timely opportunity for both countries to create a dedicated timeline based Action Plan in the Critical Minerals sector.

Both countries might have witnessed isolated successful outcomes across a few sectors in the last few years, however, that hasn’t brought Australia in the inner circle of economic partnerships for India.

In 2019, the Australian Government had released the ‘Critical Minerals Strategy’ which wishes to position Australia as a “world powerhouse” in critical minerals. “The Australian Government has examined the lists of critical minerals published in several markets (US, UK, and EU) and matched those against Australia’s known geological endowment.” It shows that Australia has moderate to high geological potential in 24 minerals that are deemed critical by many countries, and has the potential to emerge as a key supplier — these are markets which are heavily import dependent on China for these minerals.

In November 2019, the Australian Government announced that Export Finance Australia (EFA), and its Defence Export Facility would focus on financing and supporting projects to extract and process Australia’s rare earths and critical mineral supplies. This was followed up with the establishment of the Critical Minerals Facilitation Office (CMFO) in January this year aimed at acting as an advocate for Australia’s critical minerals sector and drive its future development by assisting project sponsors to obtain finance and source offtake agreements.

The Australian government is investing in both the exploration of critical minerals through its Critical Minerals Portal as well as in its research capability through the Future Battery Industries Cooperative Research Centre, to increase knowledge and use of these minerals in future battery technology.

Australia has moderate to high geological potential in 24 minerals that are deemed critical by many countries, and has the potential to emerge as key supplier.

With rising demand for critical minerals, Australia and India can solidify their relationship, identifying significant opportunities and common achievable goals —

• India can start with mapping the supply chain of critical minerals for its strategic industries. It can also consider developing a National Critical Minerals Index (which can reflect on its own resource capacity to produce, ways to procure, and the true value of minerals) on the lines on National Coal Index and National Minerals Index.

• India through its model of resource diplomacy (established a joint venture company namely Khanij Bidesh India Ltd. (KABIL), to carry out identification, acquisition, exploration, development, mining, and processing of strategic minerals overseas for commercial use) should focus towards responsible sourcing of critical minerals – and consider a dedicated Free Trade Agreement with Australia (which is focused on investment and offtake opportunities in critical minerals to secure future supplies, possibly driven by governments, public and private sector companies in the critical minerals sector, to identify commercial opportunities).

• Critical minerals sector also has major security and sustainability challenges, related to the high levels of monopoly and mining practices which imposes heavy environmental risks. “Australia has world-leading expertise in resource extraction and processing, high-tech engineering and renewables research, which can also be utilised by India to facilitate India’s domestic production of a few of these minerals.”

• A dedicated Free Trade Agreement in this sector, will add greater reliability and dependence between both countries, and mobilise both the public and private enterprises to identify opportunities in this sector related to resource identification, exploration, processing and recycling. The single most important underpinning of the economic relationship with India is that neither party should see it as a one-way opportunity. Prime Minister Modi’s signature ‘Make in India’ agenda targets relationships that deliver improved access to resources, technology, skills and investments that help to build India’s domestic economy and expand its international reach. Australia has much to contribute to this agenda. Capacity building assistance can be an effective step in ensuring the formulation and implementation of this FTA.

• FTA in critical minerals sector between both countries can address the concentration risk of these minerals, preventing crisis emanating out of supply chain disruptions, promoting R&D related to critical minerals and exploring opportunities in foreign investment and strategic acquisitions. A dedicated FTA will also be a positive step towards, being updated and informed of the policy changes and reforms in the sector, and finding ways to regular engagement.

• As shifting geopolitics is defining the contours of economic diplomacy, India and Australia together could consider investing in developing a new critical materials network, and play a key role in the economic and strategic future of the Indo-Pacific.

• “Australia has a long history of rapidly scaling-up resource production through its ability to innovate, develop and apply new technology. These dynamics continue to be reinforced by the extensive engagement of Australian management in global mining projects.” Australia’s share of global lithium production over the past two years highlights Australia’s capability to scale up in response to global demand.

• Geological and material sciences are still not popular areas of research. Critical minerals have not been a primary focus of India’s domestic mineral exploration. Hence, both countries could bring together stakeholders in the government, corporate and education ecosystem to deliver on the new energy transition needs. The Commonwealth Scientific and Industrial Research Organisation (CSIRO) is one of the largest minerals research groups in the world. “CSIRO partners with industry for mineral resource exploration, processing and purification, battery design and manufacturing.”

In the last few months, Australia and US have strengthened their partnership in the critical minerals sector, devising an Action Plan for Critical Minerals. Both countries, their companies and scientists are working on methods to identify the critical minerals that exist, and the ones that needs to be explored and procured. Australia and India must consider creating a similar dedicated framework.

Natasha Jha Bhaskar is General Manager of Newland Global Group, a leading corporate advisory firm specialising in the India–Australia space, based in Sydney.