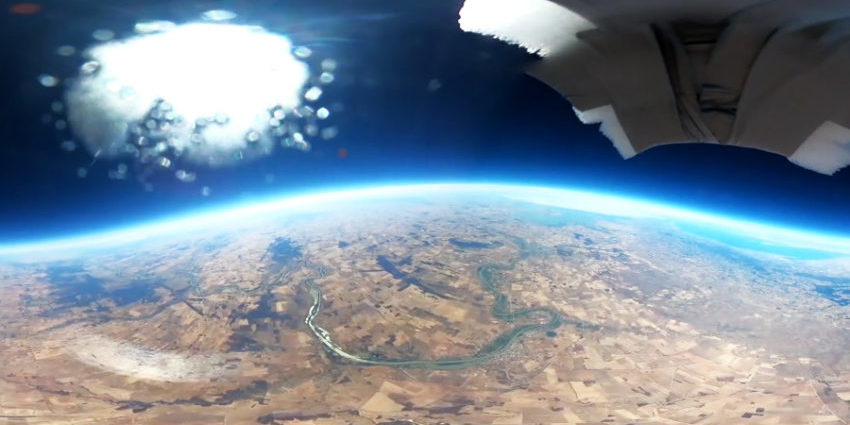 Lux Aerobot is set to permanently settle in Adelaide as its gains new projects in the defence and mining sectors.

Lux co-founder and president Katrina Albert said while the company will maintain an office in Canada, Australia will be the testbed of overall company strategy.

Lux Aerobot specialises in the design, manufacturing and operation of atmospheric satellites for Earth observation (EO), and has been testing its atmospheric balloons in South Australia since 2019.

Lux is currently working on bushfire and coastline monitoring projects for the Australian Department of Defence.

The bushfire monitoring project is a collaboration between Lux and RMIT University and aims to give real-time information on the location of current bushfires and predictions on where they will spread so firefighting resources can be allocated more effectively.

“It’s really difficult to scope down the number of applications that the technology could be helpful for… just imagine a sort of Google Earth, live and very high-resolution,” Albert said.

“It can support a lot of different industries, but we understood kind of quickly that bushfire was a very urgent application that needed support from new capabilities and new industry players.”

Two balloon launches have been completed to demonstrate the bushfire monitoring technology, and a final launch will occur next year over a planned burn.

The coastline monitoring project is focused on tracking illegal activities on Australian coastlines and will conclude with a final demonstration in late-2021.

“We’ll be demonstrating the object-identification portion, the real-time analysis, the on-board computing necessary to do that analysis and to have the information as fast as possible to the stakeholder,” Albert said.

Lux has also expanded its collaboration with the Australian mining industry.

Albert said although COVID-19 made kicking off new projects difficult, Lux followed up a 2019 agreement with Oz Minerals with a new collaboration with Rio Tinto this year.

Rio Tinto has provided Lux funding for technology development for the next three years.

“The vision of the company is to be able to have multiple units over a region and be able to give real-time insights for different industries,” Albert said.

“The balloons have a control system that allows them to stay over a point of interest, but they’re also able to move from Point A to Point B if required, so either we can tell the balloon to stay over an area, or we can ask it to scan an area,” Albert said. 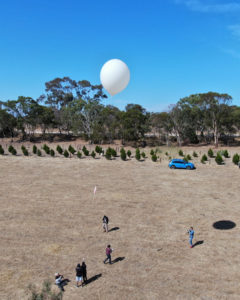 Lux’s technology will learn what to look for and draw attention to it with less manual human monitoring.

Albert said Lux came to South Australia in 2019 after she and co-founder Vincent Lachance realised their technology was better suited to regions closer to the equator due to the way it operated at the time.

South Australia was the most interesting export market for the company due to the large presence of defence, mining and agriculture industries.

Albert said the opening of the Australian Space Agency in Adelaide was a catalyst for Lux.

“We understood that Adelaide was going to be the hub for space in Australia, so we were really, really keen to be there,” she said.

The Venture Capitalist Space Program at the University of South Australia’s Innovation & Collaboration Centre, which is currently accepting applications, acted as an entry point into the Australian space industry for Lux, which resulted in a “very productive soft-landing”.

After receiving funding from the South Australian Landing Pad, Lux was able to move to Stone & Chalk in Adelaide’s Lot Fourteen innovation neighbourhood.

Albert and Lachance plan to hire ten additional engineering staff to work on new research and development programs after they return to Lux’s Adelaide office in January.

“South Australia has all the right ingredients to be able to help the sector flourish and attract international space companies that are looking to expand their current work.”

Featured picture: Lux Aerobot captured a range of images from 23km above Earth during a trial of one of its atmospheric satellites 50km east of Adelaide in 2019.