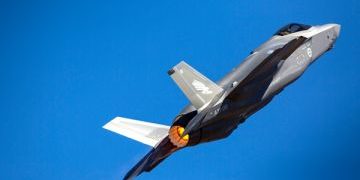 Estimates widely vary of the number of jobs created by Australia’s role in making components and systems for the F-35 Lightning aircraft.

While 50 companies share in $1.7 billion worth of contracts, new doubts have emerged about estimates from Defence that this was “tracking to 5,000 jobs”.

The claim, made in November Senate estimates hearings, has been analysed by Rob Bourke, a former defence economic adviser writing for the Australian Strategic Policy Institute.

He estimates that $1 million in sales will generate four direct production jobs and two in the defence contractors local supply chains.

Even in 2023 when JSF work locally peaks the number of jobs created is fewer than 2,000.

Bourke said: “Most importantly, the number of production jobs tends to be less than 1,000 when measured on an annual average basis.

“…at no time during the program does the number of jobs associated with producing inputs for the JSF program approach 5,000.”

Bourke examines whether Defence is relying on studies of economic benefits and costs that measure net employment nationally in a single year.

According to Defence’s own studies, 5,000 jobs calculated using this method indicates a net employment multiplier of 17.1, an absurd figure’unless companies have been able to leverage their experience with the JSF to generate massive new business elsewhere.

And this methodology has not been used by Defence before to calculate jobs created in building frigates, submarines and armoured vehicles etc.

The verdict is the 5,000 claim is simply too high to be credible.