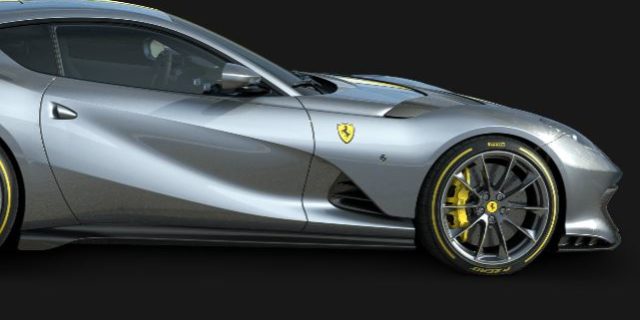 The company said in a market update it had progressed key manufacturing and technical improvements at its Geelong factory during a year in which wheel sales reached 12,749, a Covid-affected 8.6 per cent lower than FY20.

During the quarter Ferrari launched two new car models featuring its wheels which are 8kg lighter than their forged counterpart – the 812 Competizione (pictured) and 296 GTB, with both vehicles now in production.

Carbon Revolution was formally accepted as a Ferrari partner in June.

Following the raising of $95 million from investors Carbon Revolution is progressing design of its first mega-line production line to boost output, with design and implementation underway.

The manufacture of the line’s first production click press machine is near complete and is due for installation in the first quarter.

During the year the company began working on a number of new car programs, including a number of electric vehicles and an SUV, which necessitates the development of new off road capable technologies.

However in the period one low volume program for an Asian OEM was ceased for reasons unrelated to Carbon Revolution – production for this vehicle was to be less than 500 wheels a year.

Production for the company’s largest wheel program has recommenced after a number of pauses.