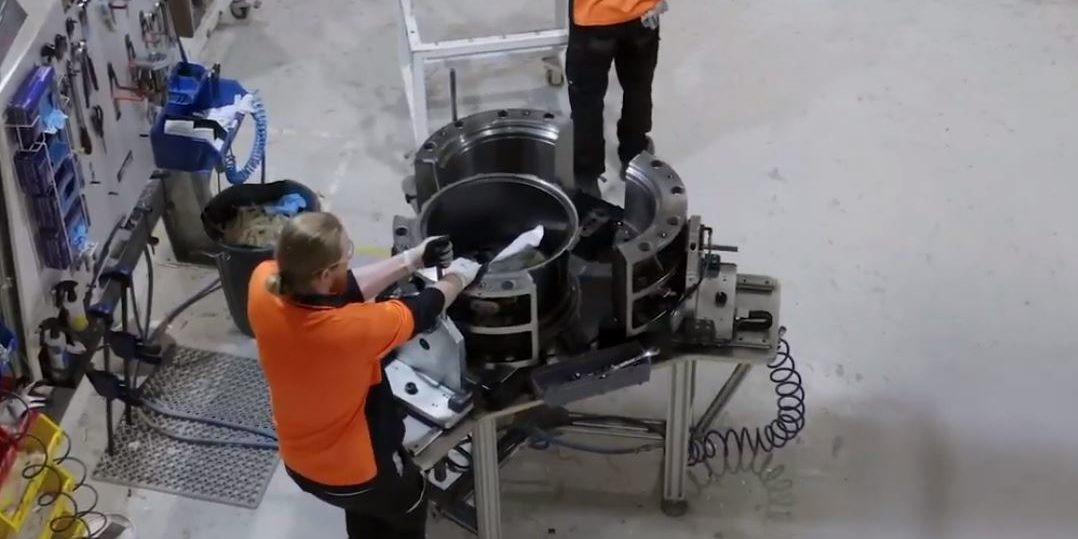 Carbon Revolution, already the only company in the world capable of manufacturing a one-piece carbon fibre road wheel, is building on its advantage with plans to introduce a Mega-line manufacturing system.

The company, which supplies wheels to performance vehicles such as the Ford Mustang GT350R, Ferrari 488 Pista and Renault Megane R.S. Trophy-R, has been busy since its public float in 2019 building on its global relationships and boosting production at its Geelong, Victoria plant (pictured).

The company’s technology, first developed at Deakin University, is key to its early success.

But progress in industrialising the manufacturing process and building volume production capability will ultimately decide whether Carbon Revolution makes it in an intensely competitive sector.

The company has previously released its financial results, which recorded December quarterly revenue of $5.6 million, down 52.8 per cent on the previous corresponding period as a result of Covid-19 impacts on customers and vehicle model completions.

Meanwhile industrialisation is progressing fast according to the company’s latest business update:

Together with expansion of high pressure moulding capacity and automated preforming, the changes helped boost annual production rates to 30,000.

Quality improvements were also felt from a wheel finishing or facia program which improved first-time quality pass, cutting re-work and work in progress inventory during 2020 by 3,100 wheels.

Investment in 2020 has positioned Carbon Revolution for volume increases and a new ERP system under development should provide further control over production..

It is highly unusual to see an Australian manufacturer go from R&D to a leading position in a global supply chain in such a short time.

It is even more unusual to get visibility, as revealed in the update, of each step being taken by the business as it industrialises and grows.

2020 has shown us that nothing is certain, but according to Carbon Revolution: “The company expects award of new programs and extensions of existing programs in the next six month which will underpin investment in the Mega-line.”

The author is a shareholder in Carbon Revolution.