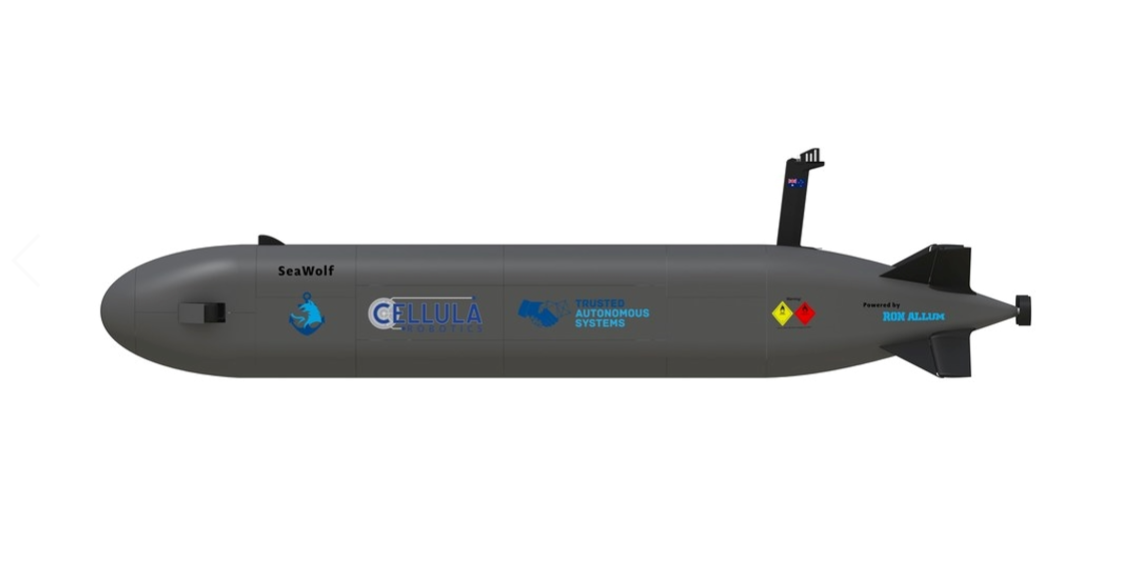 Funded by the Royal Australian Navy (RAN) and in collaboration with Australian sub-contractors, the company’s project SeaWolf is set to debut the first 12 metre XLUUV hull in the fourth quarter of 2022.

While headquarters for Cellula are based in Burnaby, British Columbia, the company is establishing an office in Brisbane to further the project, including Australiand design and manufacturing.

Demonstration missions with Solus-LR and the prototype SeaWolf XLUUV will take place in the first quarter of 2023 in Australia.

The underwater vehicle has a mission range of over 5,000 kms powered by a state-of-the-art fuel cell power system and two modular 2,500 litre flooded payload bays. With a 12m by 1.7m hull, SeaWolf can be shipped in a single 40′ ISO container.

Australian engineer and deep-sea explorer Ron Allum has been sub-contracted by Cellula to implement a robust thruster and battery system.

Allum constructed the Deepsea Challenger submersible that carried film maker James Cameron to the deepest point on the planet, the Mariana Trench in 2012.

Cellula BDM Adrian Woodroffe said: “Cellula is excited to take the DRDC funded Solus-LR project to the next level of capability with TAS and RAN.

“Our fuel cell power system is the key enabler that gives SeaWolf a game changing submerged range and payload capacity.”

CEO of TAS Professor Jason Scholz said: “TAS are excited to see the progress on the SeaWolf project across engineering, manufacturing, regulatory, control, propulsion and other supporting technologies and concepts.

“The novel technologies and demonstrated capabilities at Cellula Robotics made them a partner of choice; and plans underway to establish an Australian Cellula entity will bring them closer to the sovereign enterprises in Australia already working on delivering our concept of an underwater loyal-wingman to the Royal Australian Navy”.