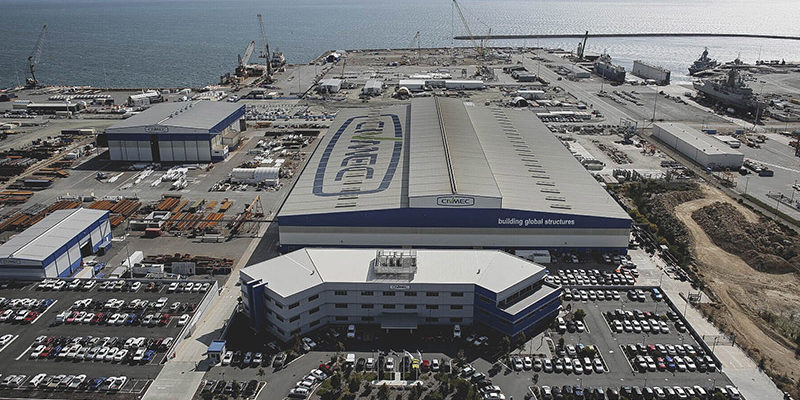 Western Australian construction and engineering group Civmec (ASX: CVL) has recovered from project cost over-runs that plagued the company to post a strong profit for the September quarter.

The civil, defence and shipbuilding engineer posted revenue of $82 million and NPAT of $3.8 million, a sharp contrast to the year before.

The company has a robust order book of $816 million.

Civmec came to prominence in offshore engineering from its headquarters at the Henderson marine precinct south of Perth.

However the company came unstuck at the start of 2019, with cost over runs on some projects cutting net profit to only $141,000 in the march quarter. Profit for the first nine months of the year was 52 per cent down on the prior year.

The company had been working on a lithium hydroxide plant for Albermarle in the South West of WA and BHP’s South Flank iron ore project in the Pilbara.

Civmec has since diversified into ship building, and in joint venture with Luerssen in the Australian Maritime Shipbuilding and Export Group (AMSEG), is building the Royal Australian Navy’s Offshore Patrol Vessels (OPV).

Civmec CEO Patrick Tallon said cutting of the first steel for the OPVs to be built at the Osborne yard in Adelaide was underway at Henderson.

Tallon said: “Revenue generated from these works will increase once the consolidation of the remaining 10 vessels moves to Civmec’s new state of the art facility in 2020, providing a sustained revenue stream until 2029.

Civmec has completed an $80 million shipbuilding facility at Henderson.

The company grew its maintenance business in the oil and gas and metals and minerals sectors by 75 per cent during the 2019 financial year.