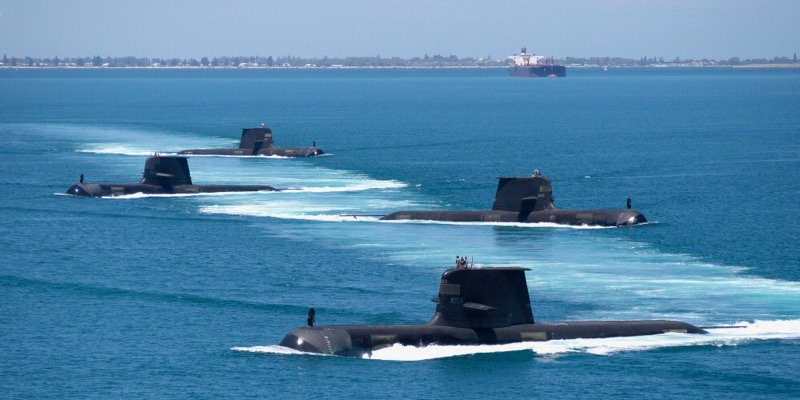 The Coalition has surprised the defence world by committing to spend $1 billion building three new ships at the Civmec yard at Henderson, south of Perth.

The announcement appeared on the Liberal Party site rather than the Government’s as this is the election caretaker period.

Bizarrely the announcement included a photograph of a submarine rather than either of the planned vessels.

Morrison said: “This commitment in West Australia adds to the 31 minor war vessels already being built in the state – built in Australia, by Australian workers, with Australian steel.”

If re-elected he said he would bring forward the replacement of the Huon-class mine hunters from the 2030s to the mid-2020s, and construct a hydrographic vessel.

The extra orders are a surprise as the government has placed massive orders for new equipment for the navy, army and air force during its last term. The vessels were not in the recent Budget and the government has said naval orders created the environment to reach its goal of a continuous naval shipbuilding industry.

Not only that but Civmec builds steel structures and has never built a ship in aluminium or fibreglass which is likely to be required for a mine hunter vessel.