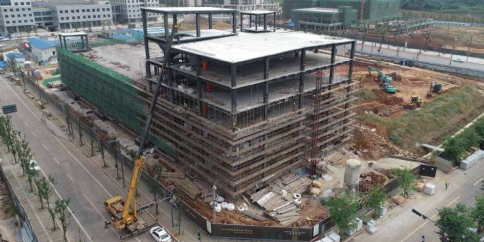 He said the project was running to schedule with construction well underway.

Holliday-Smith said: “We expect to complete this stage by mid-2020.

“The next stage will be the regulatory approval process in China, a process expected to take approximately two years or this type of complex manufacturing facility.”

China restricts the number of cochlear implant imports allowed to foreign companies, and the new factory should increase the company’s market share in this large market.

The company is also certain to focus on product safety at the factory in the crucial welding process that seals the cochlear device.

This step is considered the key to Cochlear’s high quality – and was a step that tripped up its parent company, Nucleus when it moved heart pacemaker manufacturing from Australia to the United States.

Nucleus, then owned by Pacific Dunlop, went bust because of manufacturing faults which led to the electrocution of some patients implanted with Nucleus Cordis pacemakers.

The Chairman also said Cochlear was moving to evaluate the performance and safety of its fully implantable device – a world first.

The device can be used with or without an external speech processor freeing up users from any external equipment, with software updates delivered straight into the device.

The research is being conducted by Associate Professor Robert Briggs of the Royal Victorian Eye and Ear Hospital, where the first Cochlear was produced, and Professor Robert Cowan of the HEARing CRC.

Holliday-Smith said: “The development of totally implantable cochlear technology is complex, and we do not expect a commercially available product for many years.”

In other research developments the company has strengthened its relationship with GN Hearing to more rapidly roll out wireless technology for its implants.

The company continues to invest 12 per cent of revenue in R&D, and has spent $1.9 billion on research since its listing.