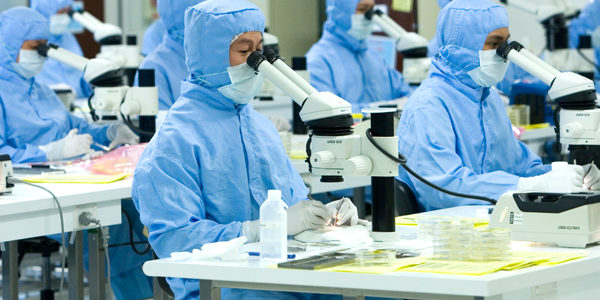 Hearing implant manufacturer Cochlear is recovering from the effects of the Covid-19 pandemic which interrupted surgical procedures, reporting today half-year earnings before interest and tax (EBIT) down only four per cent on the previous corresponding period.

The pace of recovery varies between markets with strong growth recorded in the US, Japan, Korea and China.

Momentum is improving in Europe but there is a slower recovery in emerging markets.

Overall sales revenue dipped four per cent in the half to $742.8 million with the first quarter down eight per cent and the second quarter up seven per cent.

“While there had been some concern that candidates would hesitate in progressing to surgery during the pandemic, we have been pleased to see surgeries progress across all age groups, with the mix of seniors’ surgeries back to pre-Covid levels.

“The majority of clinics have re-opened, and the new candidate pipeline is rebuilding quickly supported by our direct-to-consumer activities.”

Cochlear has been advertising recently on Australian free to air television.

The company reported services income also declined in the half by five per cent.

Cochlear has chosen to return $24.6 million in pre-tax Covid-19 assistance received in the first half as trading conditions improved – mostly from the federal government’s JobKeeper program.