Commodore dumped along with 42 year history 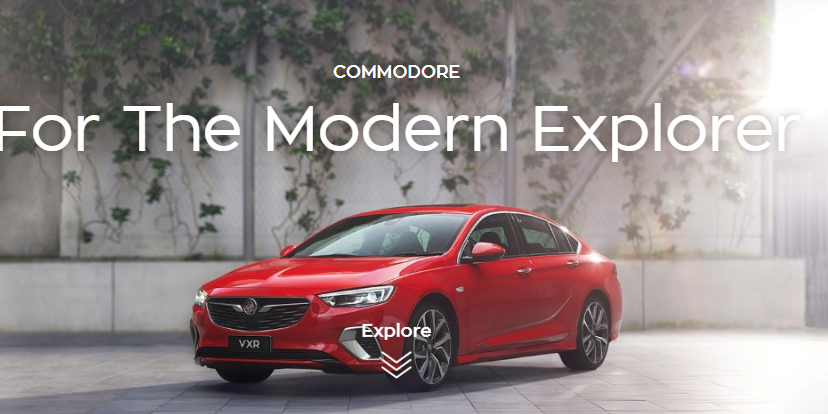 Holden has dumped its once market-leading Commodore nameplate as sales of the brand continue to tank.

With sales of about 6,000 a year, the model is obviously unviable.

But then again it was always on the cards – no-one really expected that buyers of the big rear drive Commodore made in Adelaide until 2017 would simply switch over to a rear drive European car.

Nor was it in the SUV sweetspot which captivates the majority of private buyers in Australia.

Adding uncertainty to the model was its future.

GM sold its European operation which made the car to Peugeot SA, and sourcing from their factories could only ever have been a short term measure.

As it turns out police services and other government buyers apppear to be the only ones supporting the model, and that is likely because of ultra-sharp pricing just to move the metal from the dealers lots.

But despite the dumping it was full speed ahead on the Holden website this morning with the company website (pictured) still spruiking the Commodore.

While Australians miss the big sixes and vee-eights, this is one car that few people will regret seeing the back of.