Cost of hydrogen from renewables set to fall – report 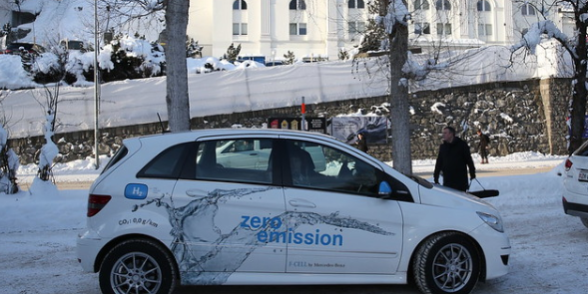 Global hydrogen advocacy group, the Hydrogen Council, predicts the cost of producing green hydrogen from renewables will fall by up to 50 per cent in the next decade as production scales up.

The council’s report, Path to Hydrogen Competitiveness: A Cost Perspective, shows that hydrogen can
follow a similar downward trend in prices as solar PV, and become competitive with other low-carbon alternatives and, in some cases, conventional energy options.

The study is based on industry data from 30 companies collected by McKinsey & Company and represents the entire hydrogen value chain across the US, Europe, Japan/Korea, and China.

It was also reviewed by an independent advisory group comprised of recognised hydrogen and energy transition experts.

The report shows that significant cost reductions are expected across different hydrogen applications.

For applications such as long-distance and heavy-duty transportation, industrial heating, and heavy industry feedstock, which together comprise roughly 15 per cent of global energy consumption, the hydrogen route is the decarbonisation option of choice.

The three main cost drivers are a strong fall in the cost of producing renewable hydrogen, lower distribution and refueling costs thanks to higher load utilisation and scale effects, and a dramatic drop in the cost of components for end-use equipment.

To deliver on this opportunity, supporting policies will be required in key geographies, together with investment support of around $70 billion in the lead up to 2030 in order to scale up and achieve hydrogen competitiveness.

This accounts for less than 5 per cent of annual global spending on energy.

By comparison, support provided to renewables in Germany totalled $30 billion in 2019.

Chairman and CEO of Air Liquide and Co-chair of the Hydrogen Council Benoît Potier said: “2020 marks the beginning of a new era for energy.

“As the potential for hydrogen to become part of our global energy system becomes a reality, we can expect fewer emissions and improved security and flexibility.

“This announces the decade of hydrogen.”

Potier said the report shows the path forward to scale-up to fully achieve hydrogen competitiveness and deliver the decarbonisation of energy production.

Executive Vice Chairman of Hyundai Motor Group and Co-chair of the Hydrogen Council Euisun Chung said: “If we are to reach our global climate goals by mid-century and reap the benefits of hydrogen, now is the time to act.”