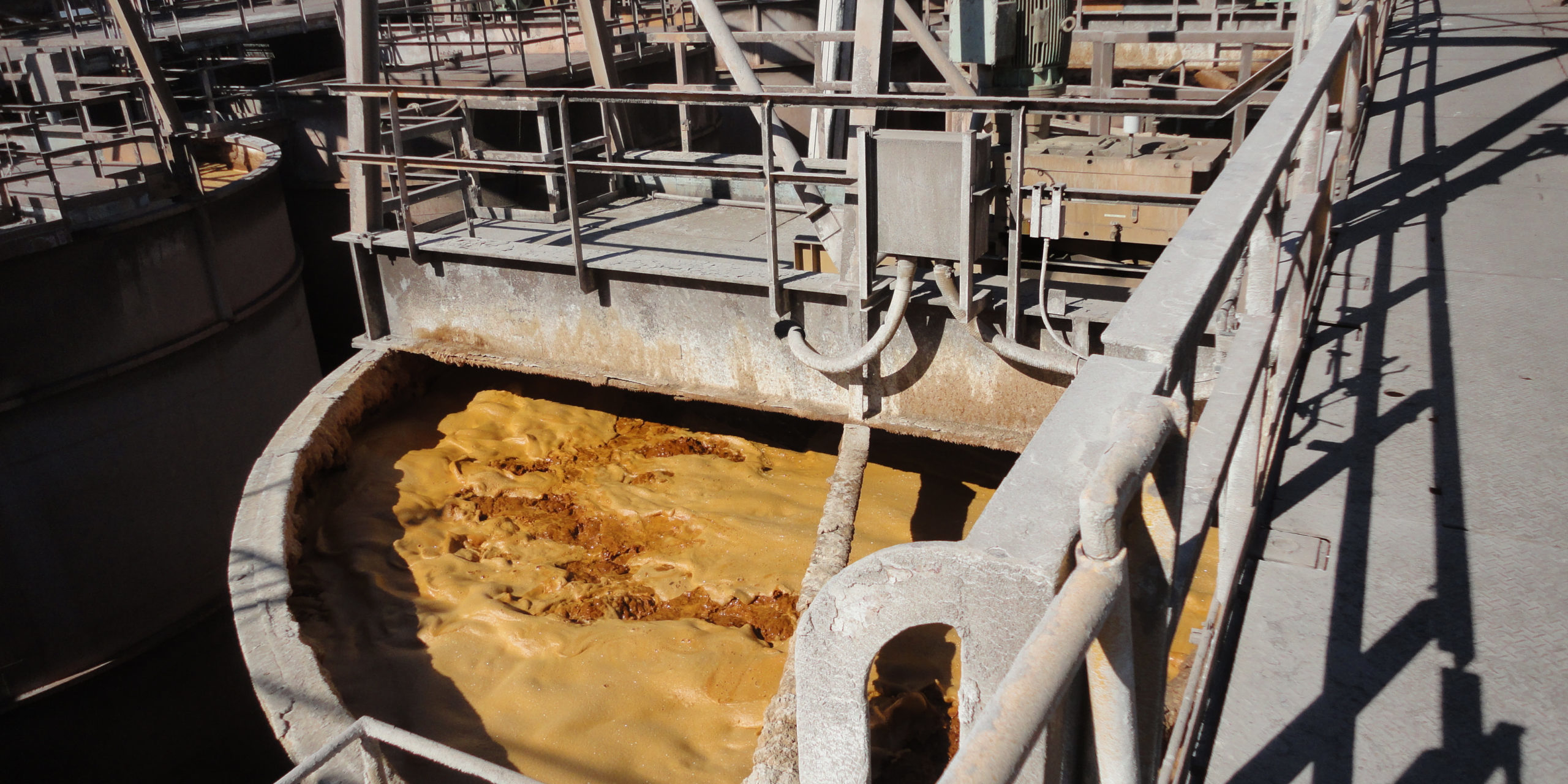 Looking like a supercharged stick blender, SWIRLFLOW sits at the top of a mixing tank and generates a tornado-like swirl throughout the fluid, which delivers superior mixing and dispersion of solids in thick slurries.

“Our fluids engineering team worked with QAL to create a technology solution that increases in the overall efficiency of the process by reducing scale, increasing yield and reducing costs.

“We estimate an average alumina refinery can save between five-to-ten million dollars a year in capital and production costs.”

Many mineral processing procedures rely on keeping solids in suspension in large tanks. Inefficient processing through uneven mixing and build-up of solids (scale) around the tank wall can reduce the amount of metal extracted, cause frequent downtime for equipment maintenance, and increase energy consumption.

The swirling flow created by SWIRLFLOW picks up solids from the base of the tank and lifts them to the upper regions, where the solids continue to spiral downward along the tank wall en-route back to the base, to be lifted again.

CSIRO has now installed around 30 SWIRLFLOW units and is making an impact on the global alumina industry, operating in China, Germany and Vietnam.

SWIRLFLOW units have also been successfully trialled in a gold tailings neutralisation tank in Australia and in a gold leach tank in Guinea.