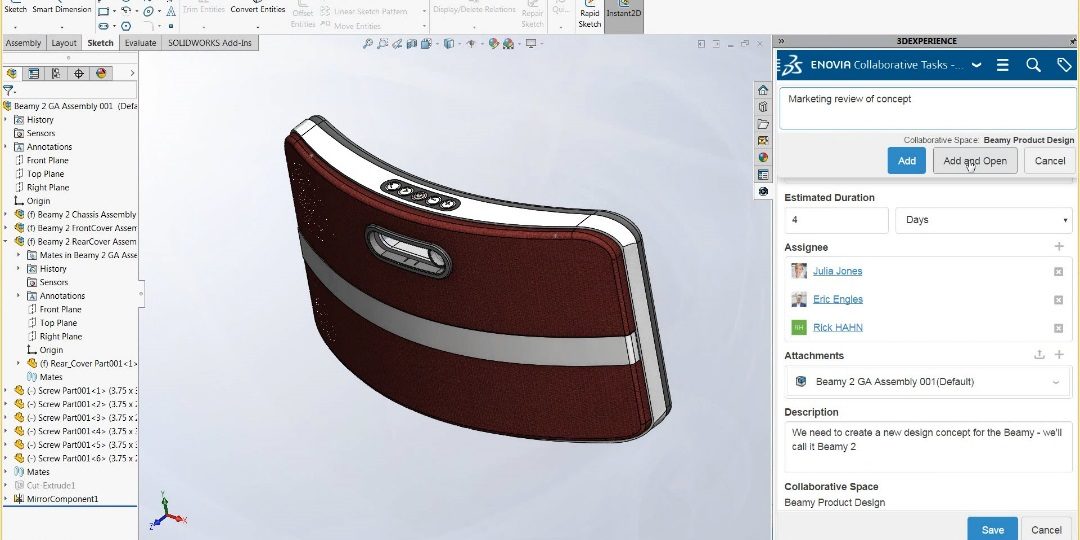 Dassault Systemes has announced a new category of software solutions, driven by what it says is a fast-changing industrial environment, at the annual SolidWorks World conference. This new collection includes cloud-based simulation, design, enterprise resource planning and social collaboration tools.

Speaking at a presentation on Dassault’s company strategy, CEO Bernard Charles described the announcement of 3DExperience.Works as, “a new category of solutions for the mainstream market… All industries are going through significant restructuring of their ecosystem. Makers, innovators are changing the game.

“Suppliers of existing, highly-structured industries are changing themselves. And those industries are going to become true ecosystems as opposed to OEM suppliers due to innovation speed.”

Dassault Systemes was spun out of Dassault Aviation in the early 1980s to commercialise the aircraft company’s CAD software, Catia. It acquired the Waltham, Massachusetts-based SolidWorks in 1993.

This morning Dassault also announced that this year’s 21st SolidWorks World, held in Dallas and attracting 6,387 attendees, would be the last. The annual conference would be renamed 3DExperience World, incorporating a larger audience from among Dassault’s software users and partners.

This represents SolidWorks being brought closer into the fold at its French parent company. In recent years SolidWorks releases such as Industrial Designer, Product Designer and xDesign have run on the 3DExperience dashboard.

“We believe that incorporating new technologies on a desktop architecture is not scalable, hence the need to instead connect to platform architecture that is designed for scalability and capacity,” said SolidWorks CEO Gian Paolo Bassi in a Q and A.

“SolidWorks began as a design tool for mechanical engineers, yet over the years this community has evolved and expanded their roles from design to simulating the world in which we live, planning for it and making it happen. Each year we’ve continued to drive SolidWorks applications forward in terms of usability, quality, and productivity, to deliver a complete design ecosystem.”

@AuManufacturing is attending Solidworks World 2019 as a guest of Dassault Systemes.