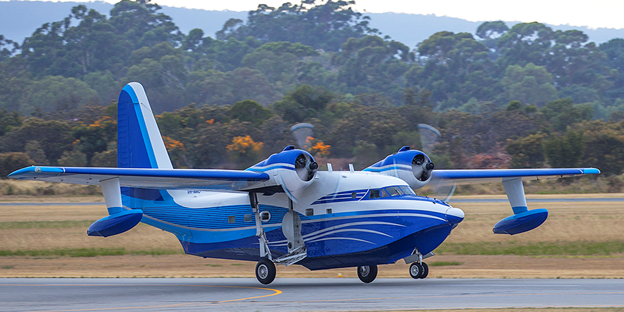 Dassault announced on Tuesday that it was joining “Team Albatross” with AAI, which announced  plans in December to rebuild an upgraded version of the Albatross G-111 and to create an aviation manufacturing sector in the city.

“We have never had a commercial transport category aircraft manufacturer on this scale in  Australia; so, it’s a great opportunity not only for AAI, but also for the supply chain that will grow around our business,” said the company’s CEO Dan Webster.

According to the announcement, AAI would use Dassault’s 3DExperience software platform to design and manufacture a digital twin of the transport aircraft, and the new partner would help develop the necessary supplier ecosystem.

“Our specialised technology and aviation expertise will build a strong sustainable foundation in industry for Northern Territory, Australia and beyond.” said Josephine Ong, Managing Director of Asia Pacific South for Dassault Systèmes.

AAI says it has Type Certification to build two models of Albatross amphibious aircraft, which have not been manufactured since 1961, though which it believes can fill “an important niche in an increasingly populous world.”

The base model will be an upgraded version of the G-111T, followed by several variants. It plans to have CASA certification and to be assembling planes by 2025.