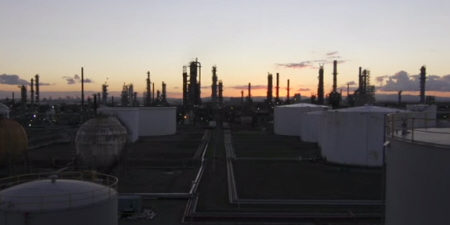 A decision on the future of Ampol’s Lytton refinery is expected within weeks, as the company negotiates details of a support package for the fuel industry.

The Australian Financial Review reports that the company is undertaking a review of the refinery, with this due by the end of June.

Support measures were announced in the Tuesday federal budget, but a dollar value was not, “due to commercial sensitivities.”

Diesel stockpiling requirements as part of the package would help level out inconsistent revenues at the refinery, said Ampol.

“We need to take into account all of that and in the context of what has been a very volatile earnings stream from Lytton over many years,” The AFR reports Ampol chairman Steven Gregg as saying.

“If – and it’s a big if – we can come to an arrangement with the government on a support package that gives us the chance to reduce the volatility of Lytton, provide more certainty of earnings and therefore more certainty of employment and fuel security, then we’ll look favourably upon that, but that has yet to be concluded.”

The four Australian fuel refinery sites had been badly hit by the pandemic last year, and only Ampol at Lytton and Geelong’s Viva Energy are not closed or closing.

Only Viva accepted a subsidy as part of federal interim refinery assistance measures announced last September, which tied assistance to a commitment to stay open in Australia.