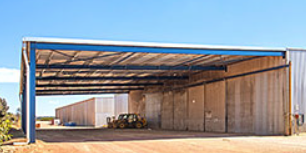 A regional Victorian company that has developed technologies to reuse ammunition containers, has signed a $15 million contract with Defence.

Pentarch Industrial, based in Wangaratta, Victoria has been awarded a six-year contract to supply, refurbish and recycle ammunition containers.

Minister for Defence Industry Melissa Price said: “Pentarch’s system enables containers to be reused, rather than Defence having to resort to importing new containers from overseas.”

The new contract will sustain 13 jobs in regional Victoria.

There are over 800,000 containers in circulation used by Defence to store and transport small arms ammunition and pyrotechnics, such as flares and countermeasures.

The quality and condition of the ammunition containers is critical to the safety of Australian Defence Force personnel.

The partnership with Pentarch Industrial was borne out of the Sovereign Industrial Capability Priority Industry Plan for Munitions and Small Arms Research, Design, Development and Manufacture.