Defence scientist develops sensors that can ‘see’ a single photon 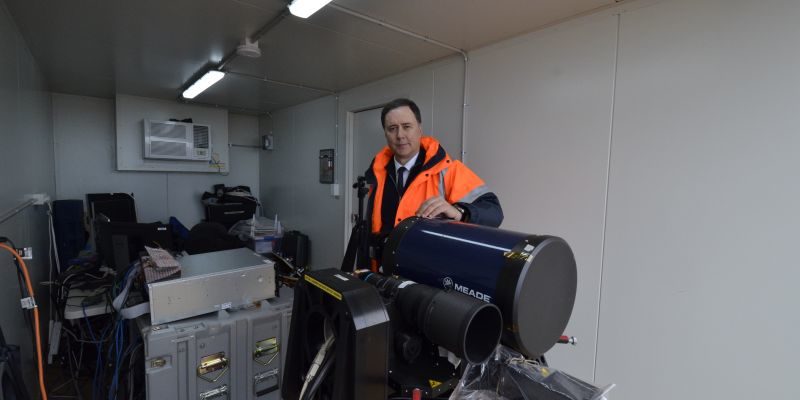 An Australian defence scientist is developing systems that ‘see’ single photons of light to build up 3D images in low light conditions or even when an object is partially obscured.

The development, by Dr Dennis Delic of the Defence Science and Technology (DST), opens the prospect for manufacturing systems that could allow a Royal Australian Navy ship to locate distant small aerial targets and threats flying just above the waves by detecting single photons of light.

Delic’s single-photon avalanche diode (SPAD) is an extremely sensitive sensor that has a wide range of potential uses, both military and civilian, from finding objects underwater to tracking objects moving through space.

Delic said: “With a normal camera, like your phone’s camera – those sorts of sensors rely on using lots of photons to form an image; in fact, they need millions of photons.

“Using advanced processing, we can count them and time them, and that opens up all sorts of opportunities in terms of what we can do.”

Dr Delic said using a SPAD as the detector in a LiDAR system, which measures distances by illuminating objects with laser light, would reduce the power needed because of the SPAD’s ability to function at very low photon levels.

He has developed an innovative design approach that reduces the cost of sensor production, paving the way for cost-effective manufacturing at scale, according to Defence.

“Combined with new integrated circuit design techniques, this represents the next revolution in quantum imaging, allowing us to see things that are normally hidden from view.

“Through partnering with academia, industry and the ADF, the adoption of SPAD sensor technology is the key to enhancing advanced demonstrator programs. Ultimately, this will help protect Australian military personnel.”