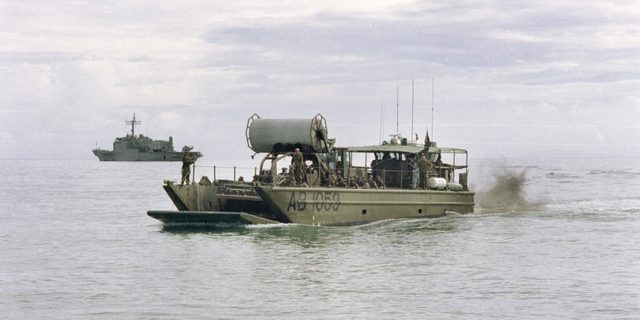 The federal government has continued its rush of announcements this time revealing it will replace two amphibious warfare fleets.

An Independent Landing Craft will be delivered to replace the Army’s existing LCM-8 vessels (pictured).

The government said the replacements would cost up to $800 million, though it did not reveal or select any design.

It said there would be ‘opportunities for Australian industry in the detailed design, build, maintenance and support elements’ of the projects.

The purchases will be made under the army’s Littoral Manoeuvre – Light project, LAND 8710 Phase 1 project.

Price said: “The new and enhanced platforms will use Australian industry’s expertise both during the detailed design and build phases to support the delivery of the Morrison Government’s Naval Shipbuilding Plan.

“By taking this approach, the Morrison Government is also encouraging potential export opportunities for Australian industry through the design and build of this new capability,”

The new vessels will be introduced from 2026.