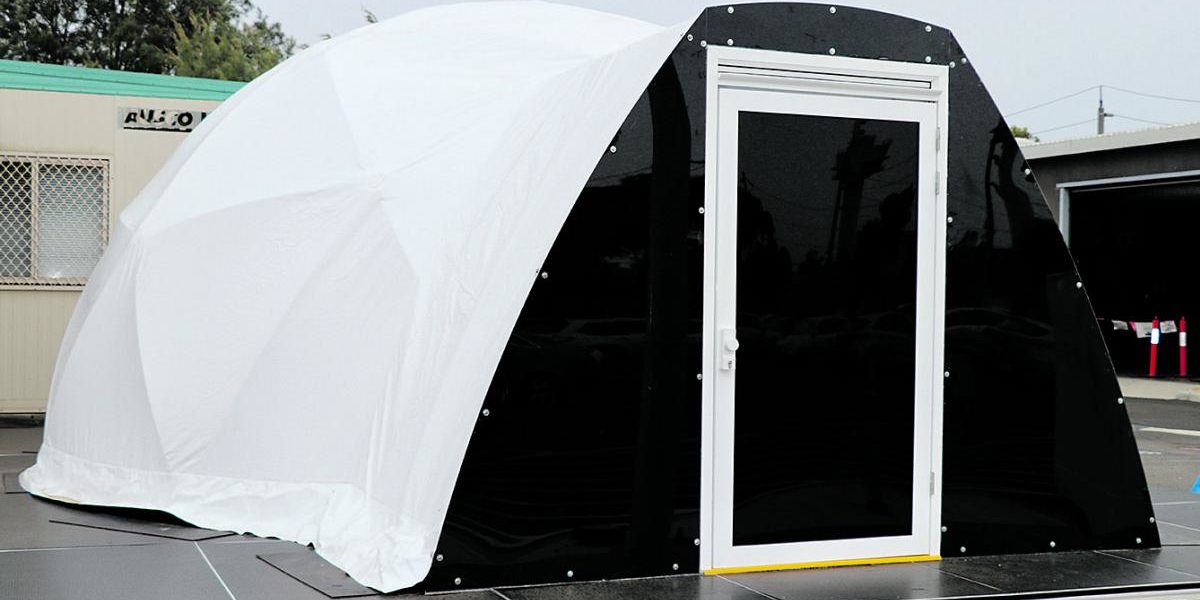 The Defence Department has talked about their cutting edge robotics research that centres on this peculiar ‘igloo’ located at Fishermen’s Bend in Bend in Melbourne.

The igloo is a 360-degree virtual reality environment, which can be linked to a robot in a remote location, or in defence-speak, is part of the development of “tactical autonomous systems”

Integrated Personnel Protection Group Head Tim Bussell said: “Someone on the ground who’s carrying a weapon, and everything else they need to do, doesn’t have time to look down at a screen or joystick.

“We’re trying to connect these robots into soldiers’ thought processes, so they can be controlled with gestures, or eye movements or, eventually, be able to think about what they want it to do.”

Bussell said while the long-term goal was a mobile solution, streaming to goggles or a heads-up display, the igloo which can control remote robotic systems let his team perfect the underlying technology.

The network also includes the Combat Applications Lab in Townsville as well as the DSTG labs in Adelaide.

“In science, learning that something doesn’t work isn’t a failure, it’s a step towards the next thing.

“By avoiding the use of the word fail, we’re focusing on the successes and learning more about our systems so we can either improve on them or discount what doesn’t work.”