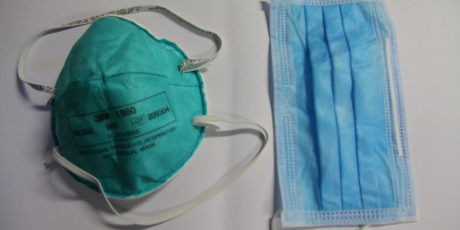 As Australian manufacturers step in to provide enough protective masks during the Covid-19 crisis, imports of faulty personal protective equipment (PPE) are also on the rise, according to a report.

The ABC quotes an unnamed law enforcement official saying that 800,000 counterfeit or faulty masks from China worth $1.2 million have been seized by the Australian Border Force. The source added that not all China-made PPE imports failed Australian regulations.

“We started seeing this stuff arriving roughly three weeks ago when news of the pandemic was really taking off,” they told the ABC.

“The dodgy material is coming via air cargo because there is a backlog of sea freight at Australian ports.”

The news follows efforts by Shepparton, Victoria’s Med-Con, previously Australia’s only mask manufacturer, to ramp up production with the help of Australian Army personnel, as well as the announcement this week that packaging company Detmold would soon begin production.

Detmold in Adelaide has committed to supplying 145 million respirator and surgical masks for the federal and South Australian governments, adding up to 160 workers to meet demand. Production is expected to begin by May.