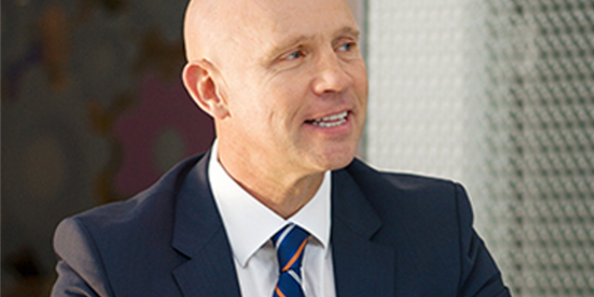 The board of Australian defence communications and technology company Codan has announced a new CEO to replace Donald McGurk (pictured) who is retiring after 21 years at the helm.

Alf Ianniello has big shoes to fill, with the company’s share price plunging on the announcement of McGurk’s departure in August from $17.64, to this morning’s opening price of $10.17.

Ianniello has runs on the board himself, as an electrical engineer and Wharton graduate, he has held leadership roles in international companies including Schefenacker Vision Systems and BAE Systems.

As head of what was Australia’s only surgical mask manufacturer, Detmold at the onset of the Covid-19 pandemic, he rapidly expanded the company against massive disruptions to global supply chains.

Ianniello improvised the local development and build of new mask production equipment, with revenues for the mask and packing solutions manufacturer growing during his stint as CEO to exceed US$450 million.

But it is always difficult succeeding the single man who built a company like Codan from relative obscurity into a global group with manufacturing operations in Adelaide, Canada, the United States and Malaysia.

In the 2020-21 year the manufacturer of HF radios for defence customers and hand-held metal detectors booked a record net profit after tax of $90.2 million and record full-year sales of $437 million

Chairman David Simmons said: “Under his leadership, Codan has become one of Australia’s genuinely global technology companies that is recognised as a world leader in developing robust and reliable electronics solutions for government, corporate, NGO and consumer markets across the globe.”

McGurk spotted and took advantage of two major trends, the encryption of defence radio equipment and a global appetite for metal detectors by professionals and amateurs as well as the hopeful in the developing world.

Early sales of metal detectors in Africa seemed surprising to many of us, but McGurk moved aggressively into the market with the company’s defence-bred technologies besting competition, with Codan’s metal detection business now accounting for 75 per cent of sales, with communications at 22 per cent.

Alf Ianniello has a head start in filling McGurk’s shoes – most recently Codan bolstered its tactical communications business with the acquisition of US companies Domo Tactical Communications and Zetron.