Don’t be too quick to dismiss ‘dying trades’, those skills are still in demand 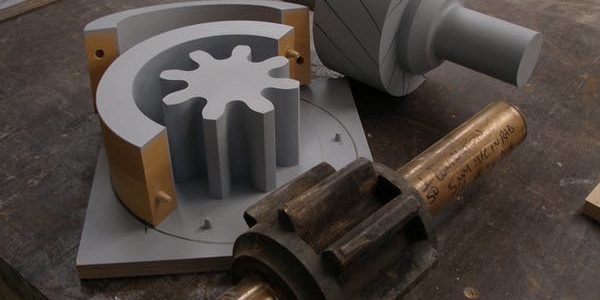 With the re-election of the Andrews government in Victoria, the Free TAFE for Priority Courses policy will be rolled out in 2019. This is a positive step towards repairing the TAFE system, which has been damaged by years of funding cuts and competition with an unregulated private training sector.

One question moving forward is whether or not free TAFE will support manufacturing. Although Australian manufacturing now carries a stigma of decline, since 2016 productivity and employment in manufacturing has actually increased. But if we want to continue this upward trend, we must avoid being held back by a lack of skilled workers to supply this expansion.

It’s often assumed digital technologies have replaced traditional trades, and so we must focus our energies on STEM training. To some extent this is true, but right now Australia’s manufacturing skills shortage isn’t only about STEM. We also need skilled workers on the industrial craft side of the spectrum. That is, trades sometimes considered to be dying such as boilermaking, fitting and turning, moulding, toolmaking, and engineering patternmaking.

The skills shortage in Australian foundries

The skills shortage in the foundry sector is a clear example of this problem. Australian foundries make a wide variety of cast metal objects, including mining and agricultural equipment and railway parts. Secretary of the Australian Foundry Institute, Joe Vecchio told me:

Everyone keeps saying foundries are a dinosaur industry, they’re dying. But every foundry is busy right now, and they want new apprentices.

For many years, foundries have experienced difficulty finding qualified tradespeople and apprentices in engineering patternmaking and moulding. Many have resorted to using unskilled labour and providing in-house training.

These shortages haven’t been fully acknowledged on the National Skills Needs List. Although Victoria’s free TAFE program includes hints of manufacturing support, there are some notable gaps.

What is engineering patternmaking and why does it matter?

Engineering patternmakers use technical drawings to construct a 3D pattern (like a model), which is used to produce a mould for metal casting or plastics production. Patternmakers make patterns for objects as large as the buckets on the end of diggers and bulldozers, and as small as the moulds for glucose jube lollies.

While traditionally trained as woodworkers, patternmakers today are trained to use a range of materials and technologies, including computer aided design (digital drafting software known as CAD) and CNC machines (computer-numerically-controlled machine tools that use digital data to direct a machine on multiple axes).

Two things make patternmakers valuable for a thriving manufacturing sector: versatility and precision. Patternmakers aren’t tied to a single industry, and they are sticklers for dimensional accuracy. Patternmakers’ materials and production knowledge means their advice to designers and manufacturers can result in a far more successful final product.

Right now, only seven apprentices are undertaking a patternmaking apprenticeship in Australia. To give you some idea of this disparity, Australia has approximately 4,200 qualified patternmakers and toolmakers currently working in a variety of industries associated with metals and plastics production. The situation is similar for moulders.

The only remaining apprentice training location for patternmakers and moulders is TAFE SkillsTech, in Brisbane. One of the barriers for employers taking on new apprentices is sending them to Queensland for block training. If you run a foundry in Tasmania, for instance, it costs a lot to send an apprentice to Queensland if you factor in travel, accommodation and meals. Added to this is the challenge of sending 16-year-olds – almost exclusively boys – on their own.

For foundry and patternmaking employers outside Brisbane, taking on new apprentices often isn’t worth the expense or the stress.

Patternmaking business owner Paul Kay, after a failed attempt to send an apprentice to Queensland said he had just started getting used to the idea of working by himself.

Another patternmaking business owner, Peter Phipps said he might have to look overseas to employ someone, which he feels is too much hassle.

Presently some foundries are resorting to informally upskilling carpenters and cabinetmakers in patternmaking. But this approach carries risks. Other people from other trades may be very good at Computer Aided Design, but don’t necessarily understand patternmaking concepts like metal shrinkage and other intricacies of moulding and casting processes.

What can be done?

The decline of foundry trades isn’t a natural result of market economics or automation. The market demand is there. It was a political choice to ignore these skills, and it can be a political choice to revive them. It’s encouraging to see the free TAFE program supports a Certificate II in Engineering Pathways, for instance, but this is a baby step.

In the immediate term, apprenticeships in the foundry sector must be made more attractive by providing adequate government funding for apprentices to attend training in Queensland. This would support their travel and safe housing on campus, and be customised to meet the unique educational and social needs of teenage apprentices.

Moving into the future, the survival of engineering patternmaking – among other trades – must be taken seriously, rather than written off as already redundant. If funded and prepared adequately, apprentice training could be revived at a state-based TAFE level, with an emphasis on merging digital fabrication skills with traditional craft knowledge.

Read more: Australia needs to do more to arrest the decline in apprenticeships

If we let industrial craft disappear, the ramifications will abound in the products themselves. High quality manufacturing requires high quality workmanship – without those skills, production will be wasteful and full of rejects. Australian manufacturing will gain a reputation for unreliable production.

To learn more about engineering patternmaking and the craft shadows of manufacturing, listen to the newly released HistoryLab podcast episode, Invisible Hands.

Six reasons why there has never been a better time to export for Australian companies
November 30, 2020

Sustainable #agriculture company CH4 plans first 2 facilities for SA w further ‘eco-parks’ there and in NZ. Each could produce abt 400 t (dry weight) milled seaweed/yr – feeding up to 20,000 cows, which would create abt 90% fewer methane #emissions

Six reasons why there has never been a better time to export for Australian companies https://bit.ly/2Jx6qHx via @AuManufacturing #AustralianMade #Export