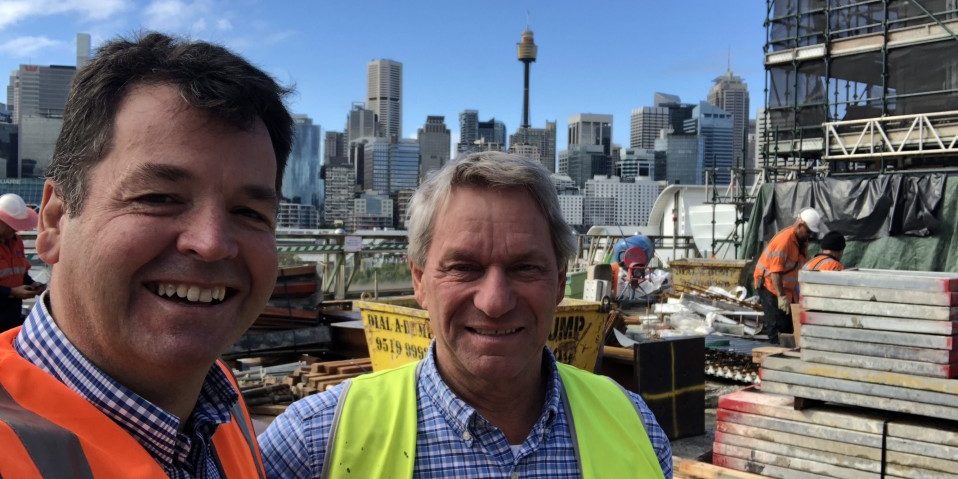 There is no shortage of Aussie manufacturers applying great ideas. However, I would argue they could do a better job of putting their cleverness forward.

One company they could take a cue from is OZM Australia, which has come up with a way to pre-fabricate formwork for columns and walls, with great speed and safety benefits for builders.

OZM has developed a concrete column and wall building system where pre-fabricated steel moulds are used to accelerate the concrete pouring process. The construction time of multi-storey buildings is reduced through the combined utilisation of prefabricated products, enhanced processes and a service orientated business model. 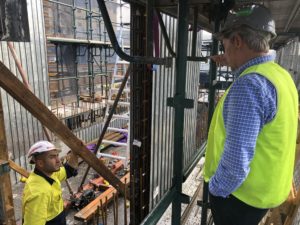 OZM recently completed some work at Sydney’s casino, The Star City. They’re not the only small company ever to win a prestige job and to do it well, but they’ve also made the most of it by getting the word out through social media. It’s opening new doors and winning new business, says the founder, Geoff Wyett.

LinkedIn is a good way to get your product and technology out there, and in many ways it’s free advertising, believes Geoff. Previously, he might phone a client, the client would speak to his estimators, and maybe, just maybe Geoff could get a conversation with “a guy third down from the top.” With a bit of clever self-promotion, he has posted job site updates on LinkedIn and is suddenly getting more offers of meetings.

Posting a compelling bit of work, getting some traction, and all of a sudden he’s in front of decision makers, rather than having to work his way up the org chart via a series of phone calls and handshakes.

Geoff doesn’t bother with Facebook or Twitter, he says, but confesses that occasionally uses Whatsapp and Snapchat to get keep in touch with his daughter.

We at the Advanced Manufacturing Growth Centre are chuffed to see OZM do well, and to get the word out. We backed them with $159,725 in co-investment towards a collaborative project for advanced manufacturing. The project was a success, and Geoff’s “T-clip” invention is now a product, allowing twice the speed in column construction through a special method of pre-fabrication using galvanised roll-formed steel.

The project passed its final milestone, and holds great promise to change the construction industry.

It’s not always that you get such a high-profile client so soon after developing a new-to-the-world technology, but if you do, for goodness sake you want to tell people about it. That’s why we have Linkedin!!

It’s only human nature to say, “Well hey, if the casino is using it, and this builder, this guy is using it, it must be good,” says Geoff of the boost in enquiries.

You hear about a good story from one source and that’s kind of good, he believes, but if you hear from two or three different sources, it validates you.

They might have heard about your new project by word of mouth, but it’s further confirmation if it keeps coming up on Linkedin – a place where professionals often spend a lot of their time. If you’re reading this, my point has already been proved. If you’re doing great work, start posting about it!

This article originally appeared here. It has been republished with permission.