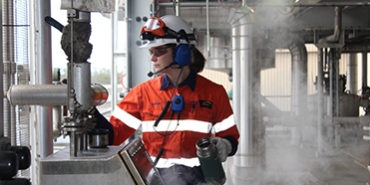 Chemicals, fertiliser and explosives manufacturer, Incitec Pivot (ASX: IPL) has reported big hits to its profits from a number of weather-related events and the closure of its Portland, Victoria super phosphate factory.

The closure costs, along with drought in eastern Australia and cyclonic floods in the Townsville region, were outlined in a report to the ASX.

After a review Incitec Pivot decided its Victorian super phosphate manufacturing operations would be consolidated to Geelong.

The cost of the closure of Portland is expected to be $13 million, however there will be ongoing benefits to the company’s 2019 bottom line of approximately $4 million a year.

However bigger impacts on profits are on the way because of weather events which are consistent with predictions of climate change.

The severe drought in eastern Australia has cut fertiliser sales by 200,000 tonnes compared to last year, with the company not expecting any near-term improvement.

The impact on profit before tax (EBIT) in the first half of the year is likely to be $20 million.

Meanwhile in Queensland, Townsville regional railways have only been partially re-opened after a devastating cyclone.

The financial impact of the outage on first half EBIT is expected to be $60 million, with the impact on the full year likely to be around $100 million.

Meanwhile the company reported that equipment failures that closed its Louisiana ammonia plant, previously reported in @AuManufacturing, have been resolved.

EBIT from the plant for the first half of 2019 will be approximately $14 million, compared to $62 million in the previous year.