Drug companies should drop their patents and collaborate to fight coronavirus 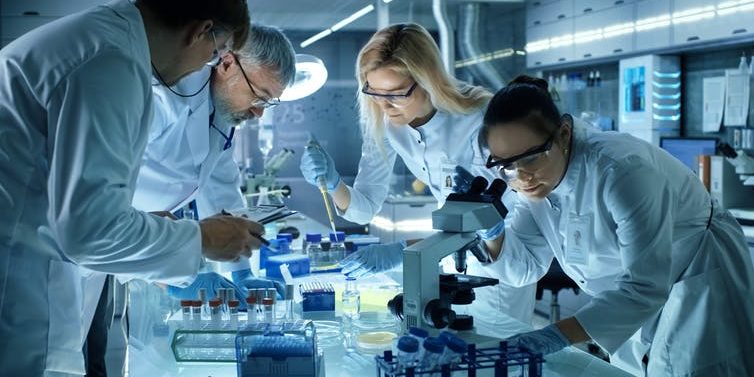 As the coronavirus pandemic continues to claim victims around the world, the race is on to produce the right medicines to fight it. This includes developing a vaccine to stop people from falling ill in the first place, testing kits and drugs to treat those that fall ill with COVID-19.

In normal times, most pharmaceutical companies would not naturally collaborate in these endeavours. Developing new drugs requires huge amounts of investment. Drug companies seek and enforce patents to protect these investments, which give them a monopoly on drugs they develop. During this time, they can charge high prices for these medicines.

Naturally, at this time of global crisis, calls are growing for these companies to waive any proprietary rights they may have in order to facilitate the dissemination of drugs and devices that are useful in the fight against COVID-19. Some companies have taken the initiative themselves, such as US firm AbbVie. In March 2020, it announced that it would stop enforcing its patent on Kaletra, an HIV medicine which is currently being tested for effectiveness in the treatment of COVID-19, anywhere in the world.

Others, however, are still fighting for exclusivity. For instance, the Wuhan Institute of Virology in China recently filed for a national patent on the use of remdesivir, an experimental antiviral drug used to treat COVID-19 and first developed by US company Gilead.

Gilead also came under fire when it applied to US regulators for “orphan status” for remdesivir. Under US law, pharmaceutical companies that develop treatments for diseases that affect fewer than 200,000 people enjoy seven years of market exclusivity. But, after a public backlash, Gilead released a note saying it would rescind this application for orphan status.

Both the Wuhan Institute and Gilead have acted legally. But is their decision to use intellectual property law to limit other people from accessing their drugs ethical?

If drug companies fail to waive their legal exclusivity rights, there are mechanisms in the law to balance these rights with overarching public interest. One instrument is the compulsory licence of patents. This allows companies that do not own the intellectual property of a drug to legally manufacture and sell copycat versions of it during emergencies. The major international trade treaties allow governments to grant compulsory licences over the use of a particular drug within that country’s national borders, subject to certain conditions.

In the past, these licences have proved effective in reducing drug prices. In 2012, for example, Indian generic drug maker Natco was granted such a licence for Sorafenib, an anticancer drug, after that country’s patent office ruled that Bayer AG, Sorafenib’s patent holder, had not done enough to make the drug available to Indian citizens. As a result, local pharmaceutical company Cipla produced a version of Sorafenib that was 75% cheaper.

It is likely that we will soon see a spike in the use of compulsory licences aimed at tackling experimental treatments of COVID-19, especially if drug companies do not willingly share their knowledge. Israel for example has just issued a compulsory licence in relation to AbbVie’s Kaletra – this is what prompted Abbvie to drop its patent rights over this medicine worldwide. Israel has since put plans in place to import the generic version of Kaletra produced by the Indian company Hetero.

The Chilean parliament and Ecuador’s National Assembly have also adopted resolutions that would pave the way for the issuance of compulsory licences to tackle the coronavirus outbreak. Meanwhile, the German government has started plans to limit patent rights in view of the pandemic. And Canada is making similar moves.

In the face of an unprecedented global health emergency like the coronavirus pandemic, it has never been more necessary for researchers to work together in the search for better testing and treatment. This in turn may very well require companies to give up their monopoly rights on new treatments and technology.

In the past we have seen similar conflicts. In 1998, a group of pharmaceutical companies brought a legal case against the South African government to stop it introducing laws aimed at making various medicine more affordable, especially HIV and AIDS drugs. The main objection was that local laws reduced patent protection. The case provoked a lot of criticism worldwide and increased public awareness about the (sometimes) negative impact of patent rights on public health. The companies eventually abandoned the legal action.

Today’s moment of crisis calls into question, once again, the moral underpinnings of intellectual property law. These laws are crucial in incentivising the development of vital drugs, but they are far from perfect. Protecting patents must be managed ethically, which may very well result in companies occasionally forfeiting their legal rights in favour of wider public benefit.