Dutch agreement is bridge to local manufacturing for Australian firm 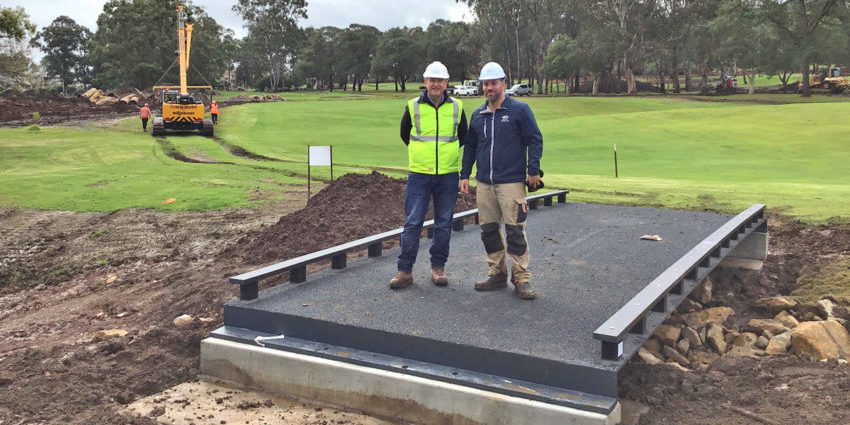 Sustainable Infrastructure Systems has signed a deal with a Dutch firm to manufacture lightweight fibreglass bridges and jetties for the Oceania region from Adelaide, South Australia.

The deal between Adelaide-based SIS and InfraCore, inked last week at the Dutch Embassy in Canberra, will create up to 25 manufacturing jobs in the first 12 months with production expected to kick off in the second half of this year.

SIS specialises in the design, engineering and delivery of projects to customers in civil infrastructure, building and construction, oil and gas, mining, aviation, aquaculture, marine and ports, transport and logistics and agriculture.

Until now it has had its fibre-reinforced polymer (FRP) products manufactured in China, North America and Europe.

InfraCore has constructed more than 1000 FRP structures – from pedestrian walkways to high-volume traffic and harbour bridges – that have been installed in the Netherlands, Belgium, Poland, England, France, Italy, Sweden, Norway, China and the US.

SIS imported four of the custom-made bridges and oversaw their installation at Sydney’s Castle Hill Country Club in 2019. The installation process was done in just four hours.

The national centre for the manufacture of lightweight fibre composite road and pedestrian bridges and jetties will initially use foam for pre-forms in the manufacturing process but SIS plans to change to recycled plastic after it beds down its systems in after about 18 months of operation.

Former South Australian Transport Department general manager Luigi Rossi, who guided some of the state’s biggest infrastructure projects including the Heysen Tunnels, joined SIS in 2019 and is managing the FRP program for the company.

He travelled to Canberra yesterday with SIS structures director Nick Wotton, who is the son of former South Australian environment minister David Wotton, to sign the agreement.

Rossi said SIS also had a range of other FRP products, some of which it imported from the United States.

He said the start date for local manufacturing of the Dutch bridges was reliant on the ability of InfraCore engineers to travel to Adelaide from the Netherlands to help set up machinery and train staff.

“We’re hopeful now with the vaccine that we’re able to move forward with that so whether it’s June, July or August it’s going to be really dependent on that scenario playing out,” Rossi said.

“At the moment we are pricing and providing fibreglass reinforced products out of Europe, America and China but we want to bring manufacturing here to Adelaide.

“The major opportunity is in the manufacturing and that’s where we’ll look to bring about 25 people on board in the first 12 months.”

InfraCore currently builds its bridges and other structures in its factory in Rotterdam and delivers them prefabricated to construction sites worldwide.

The environmentally friendly structures are lightweight and incredibly strong, allowing for spans of up to 36 metres with a 100-year design life and maintenance-free system, based on a composite material of structural glass fibres in a thermoset resin matrix. 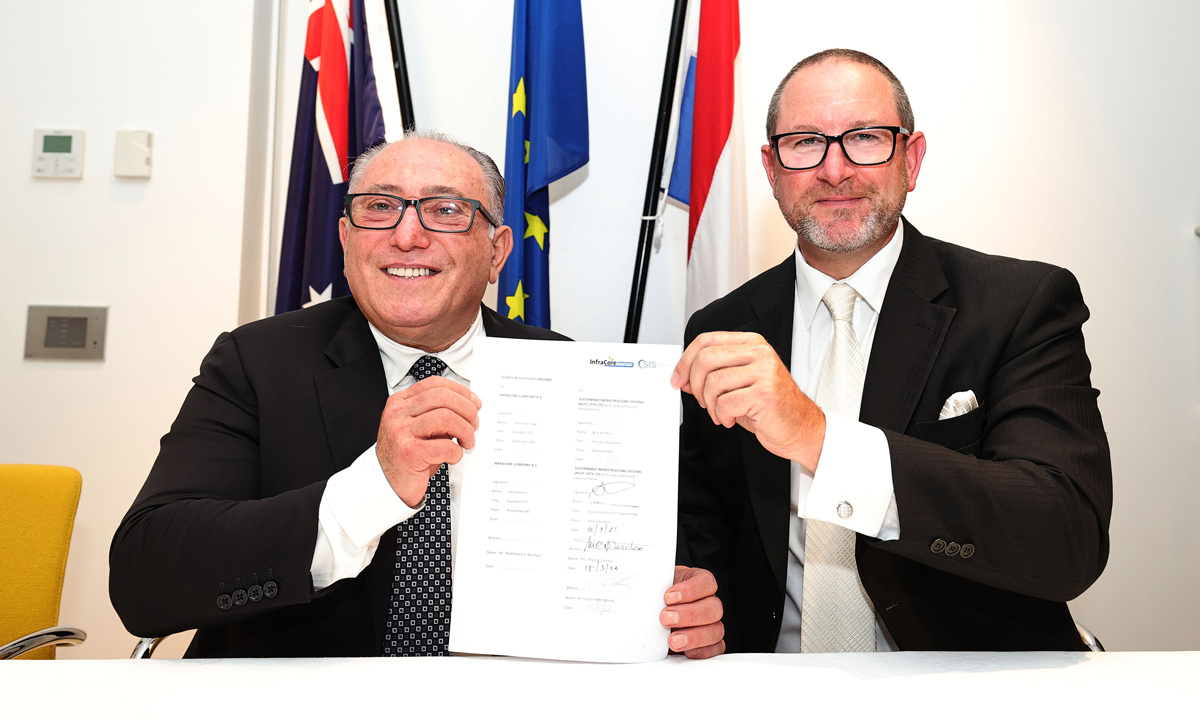 Under the agreement with SIS, the FRP bridges destined for Oceania will now be manufactured locally.

SIS will also be responsible for the sales and marketing of the products throughout the region.

Rossi said the NSW government had announced 500 bridges across the state needed decks replaced, which was ideal for the FRP product.

“We see our product as being ideal for boardwalks and walking and cycling facilities and anything in the marine space – whether it be a jetty or a bridge – our product is ideal because we are not affected by the aggressive marine environment like concrete or steel is.

“It will last 100 years plus and there will be virtually no maintenance required.”

SIS is in discussions with potential commercial partners to assist with the capitalisation of its Australian fibre composite manufacturing hub.

Rossi said the ability to manufacture locally will significantly reduce freight costs and lead times for clients and revolutionise the way bridges were manufactured and installed in the region.

He said once a site was finalised and the manufacturing hub established, the technology involved meant the first bridges could be produced quickly.

“Once we’re set it up it’s very easy to produce a bridge and we’re in negotiations with a local council and we hope to produce South Australia’s first bridge for a local government within a week (of the manufacturing plant opening),” he said.

“We have done work with the Melbourne City Council and Brisbane City Council previously and we are looking to now offer them this other product on the back of the relationship we’ve already built.”

Ambassador to the Kingdom of the Netherlands Marion Derckx welcomed the agreement between the Australian and Dutch companies.

“The Netherlands government congratulates SIS and InfraCore on this game-changing partnership,” she said.

“The manufacturing agreement upholds our values in sustainable practices. It demonstrates how significant employment and growth opportunities can be achieved through innovation.

“As like-minded cultures, the enterprise symbolises Dutch ambitions in the Asia-Pacific region for future international collaborations.