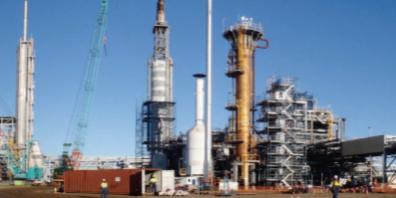 The company has received a $980,000 grant from the Australian Renewable Energy Agency (Arena) to pursue the Feasibility of Renewable Green Hydrogen project at its ammonia, nitric acid and ammonium nitrate production facility.

The project aims to substitute renewable hydrogen for natural gas as feedstock and simultaneously increase production while reducing C02 emissions.

The study will be study the scope and cost of the required plant upgrade using methane and renewable hydrogen as alternative feedstocks.

The study will consider:

The wide ranging study which will also investigate necessary approvals and permitting
with results documented in a knowledge sharing report.

Incitec Pivot’s 280 hectare Moranbah site is one of six ammonia plants operated by the company.

The plant is cap[able of making 330,000 tonnes of ammonium nitrate annually from natural gas piped into the site.

Arena said in a statement: “The study will evaluate if a feasible project can be developed with hydrogen produced from zero-emission electrolysis and supplied at a price that is cost competitive to alternatives.

“The study will determine the cost of hydrogen electrolysis equipment at industrial scale (of >100 MW) and the strategy to manage electrical and hydrogen supply variability.

“The study will determine the economics of solar-only, behind-the-meter power generation for renewable hydrogen production.”

Hydrogen made using solar PV and wind power is emerging as a potential replacement for Australian LNG exports in a decarbonising world, and as a feedtsock for industrial processes such as steelmaking, and now basic industrial chemicals such as ammonia.