E-nose sniffs out fine whiskey, brands, fakes and all 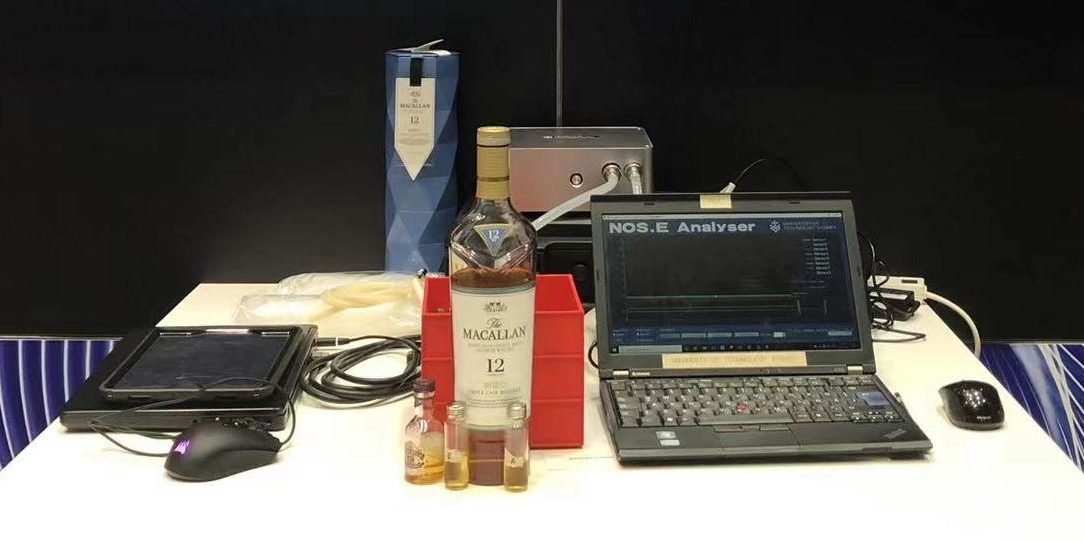 Australian researchers have developed an automated system – an e-nose – that can literally sniff out Scotch or Irish whiskey, single malt or blended, and fraud or the real thing.

The feat that only a whisky enthusiast might achieve comes form a project led by Associate Professor Steven Su with PhD students Wentian Zhang and Taoping Liu from the University of Technology Sydney (UTS).

Associate Professor Su said: “Up until now, detecting the differences between whiskies has required either a trained whisky connoisseur, who might still get it wrong, or complex and time-consuming chemical analysis by scientists in a lab.

“So to have a rapid, easy to use, real-time assessment of whisky to identify the quality, and uncover any adulteration or fraud, could be very beneficial for both high-end wholesalers and purchasers.”

With good whiskey fetching a high price, sniffing out fraud could be big business.

Their work, in collaboration with chemists Professor Shari Forbes and Dr Maiken Ueland, has just been published in IEEE Sensors Journal – the Use of Electronic Nose for the Classification of Blended and Single Malt Scotch Whisky.

The team used an e-nose prototype called NOS.E (pictured) developed at UTS to identify the differences between six whiskies by their brand names, regions, and styles in less than four minutes.

NOS.E is designed to mimic the human olfactory system, using eight gas sensors to detect odours in a vial of whisky.

The sensor array generates the unique signal matrix according to the different odour molecules it comes into contact with.

It then sends the data to a computer for analysis, with a machine learning algorithm trained to recognise whisky characteristics.

The technology has applications not only in the alcohol industry, with beverages such as wine and cognac as well as whisky, but also for other products that are subject to counterfeiting such as high-end perfume.

The e-nose technology has also been used to detect illegal animal parts sold on the black market, such as black rhino horns, and has great potential for health applications and disease detection.